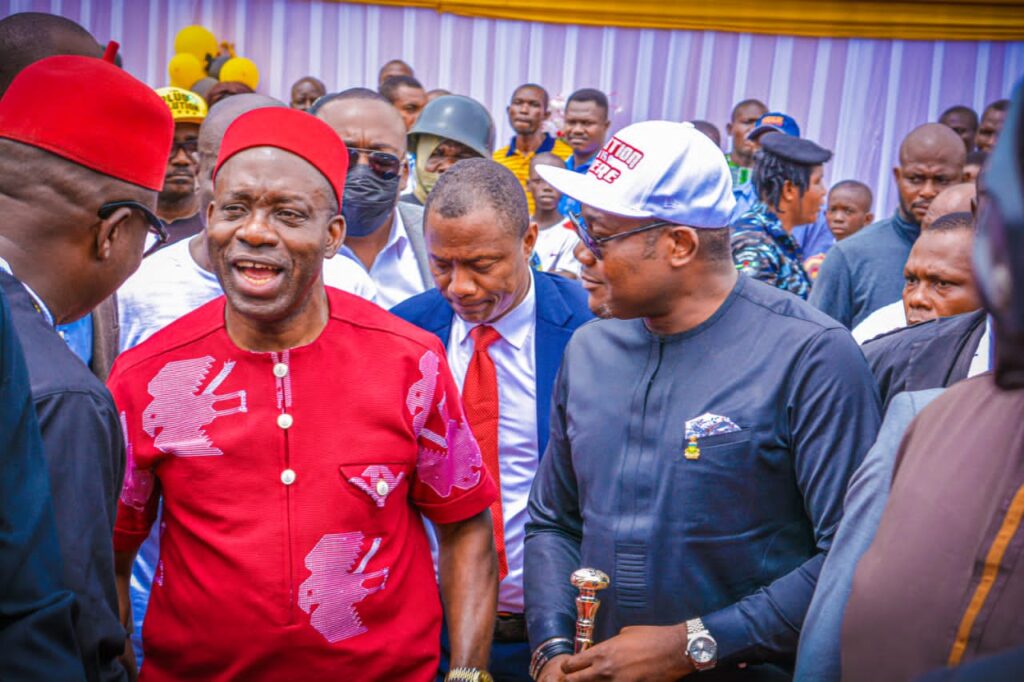 Anambra State Governor Professor Chukwuma Charles Soludo was one of the dignitaries who attended the burial ceremony of late Deputy Inspector General of Police, Joseph Egbunike who died in Abuja few months ago. The ceremony took place at Onitsha.

Governor Soludo who commiserated with the family of the late DIG Egbunike, described his death as a monumental loss to the nation, the people of Anambra State and the Nigeria Police Force.

The Governor further said that the deceased was a thorough-bred Police officer who discharged his duties professionally and diligently with great patriotic zeal.

He noted that the patriotism the late DIG Egbunike exhibited in serving the nation as a disciplined and fine Police officer was indeed commendable and will forever be remembered.

Governor Soludo also commiserated with the Inspector General of Police, Usman Baba Alkali and the Police Command, as well as the people of Onitsha over his unfortunate death. He prayed for the repose of his soul and that God in His infinite mercy grant everyone the fortitude to bear the irreparable loss.

Until his death, DIG Egbunike who hailed from Onitsha, Anambra State was in charge of the Nigerian Force Intelligence Bureau (FIB). Prior to his appointment as DIG in 2020, Egbunike was the Head of the Police Finance Department and also served previously as the DIG over-seeing the South East Geo-political zone of the country.