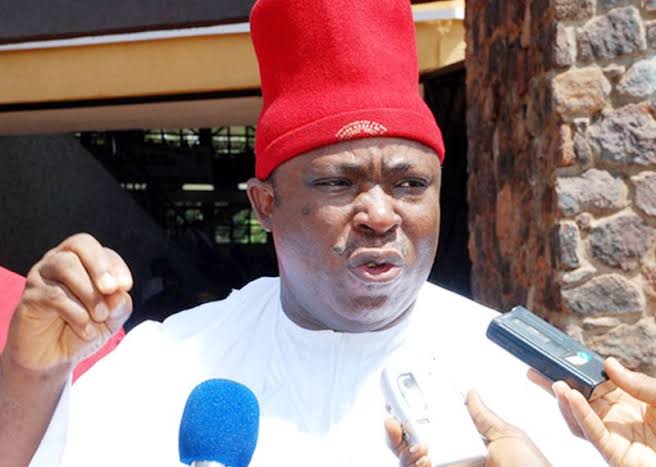 The former National Chairman of the All Progressives Grand Alliance (APGA), Sen. Victor Umeh, has commended Peter Obi on his decision to leave the PDP, ANAMBRA PEOPLE reports. In a recent interview on Arise News, Senator Umeh said Peter Obi’s departure from the PDP is reflective of the failings of the party.

Reacting to the development, Umeh said, “I am sure Peter Obi has assessed the PDP and he did not find any hope that he would ever become the presidential candidate of the party” As I foretold about ten days ago, he had to quit the party. It is a futile exercise for anybody to continue pursuing his political ambition in a party that decides not to abide by its conventions and rules. Many prominent members of the PDP from the South East are also leaving the party. Ike Ekweremadu and Enyinnaya Abaribe have left the party. You cannot expect loyalty from the people you treat with disdain. The PDP is “unwittingly” removing itself from this election.

He continued, “PDP will be shut out from the South East geopolitical zone without a presidential candidate from the South East.” That is a very poor way to reward a zone that has stood with the party for nearly 23 years. It is good for the people. When people treat you like you have no options, you activate all available options. I commend Peter Obi for leaving the PDP. The PDP has nothing to offer the South East Zone anymore.