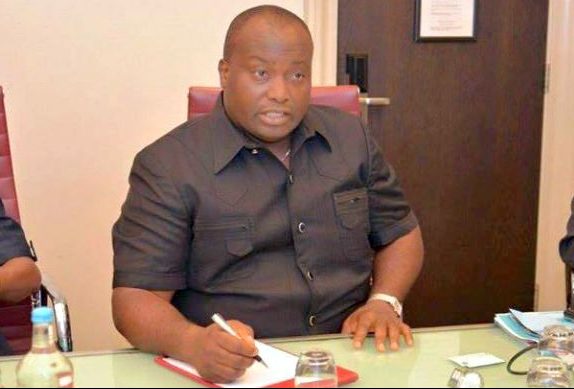 The senator representing Anambra South senatorial district, Senator Ifeanyi Ubah has urged the governor of Anambra State, Prof. Chukwuma Soludo to prioritize security of lives and properties in the state and equally stated that it is erroneous to accuse non-indigenes of being responsible for the festering insecurity in the state, ANAMBRA PEOPLE reports.

Ubah spoke to newsmen yesterday in Awka, after securing the ticket of the Young Progressives Party, YPP, ticket to seek re-election to represent Anambra South senatorial district in 2023 general election.

“After Professor Chukwuma Soludo was sworn in, he invited all of the National Assembly members from Anambra State to a meeting in his house in Abuja, and, in that meeting he asked us to make suggestions on how to move our dear state forward.

“I told him that number one is security, and, number two is security. I told him that going to Okpoko to clean up Okpoko shouldn’t be the immediate priority, but to provide adequate security for the people of the state.

He did not heed to this advice, but went for cleaning up of Okpoko carrying security people along with him,” Ubah stated.

The businessman-turned politician further chided Soludo’s administration for not doing enough in giving issues of security the desired attention, while faulting the claim by the immediate past governor of the state, Chief Willie Obiano that some other governors of South East states were behind the insecurity in Anambra state, and, that, the hoodlums that carry out the heinous crimes including kidnapping, killings, burning of public institutions, especially police stations and police operational facilities were non-natives of the state, Ubah, rather argued that “no crime can take place in any community without internal collaborators.”

On his scorecard at the National Assembly he said that no former representative of Anambra South senatorial district had achieved up to 30 percent of what he had achieved so far. Ubah stated for instance that there is no community within his senatorial district that has not benefitted one infrastructure or the other from his being in the National Assembly.

“This was made possible by my knowledge in oil industry. It is my bill that saved Nigeria those off-shore oil losses,” he said.

Ubah stated that his desire to return to the National Assembly was driven by his commitment to advance the growth of the nation’s economy through making of appropriate legislation and to provide employment for the youth.