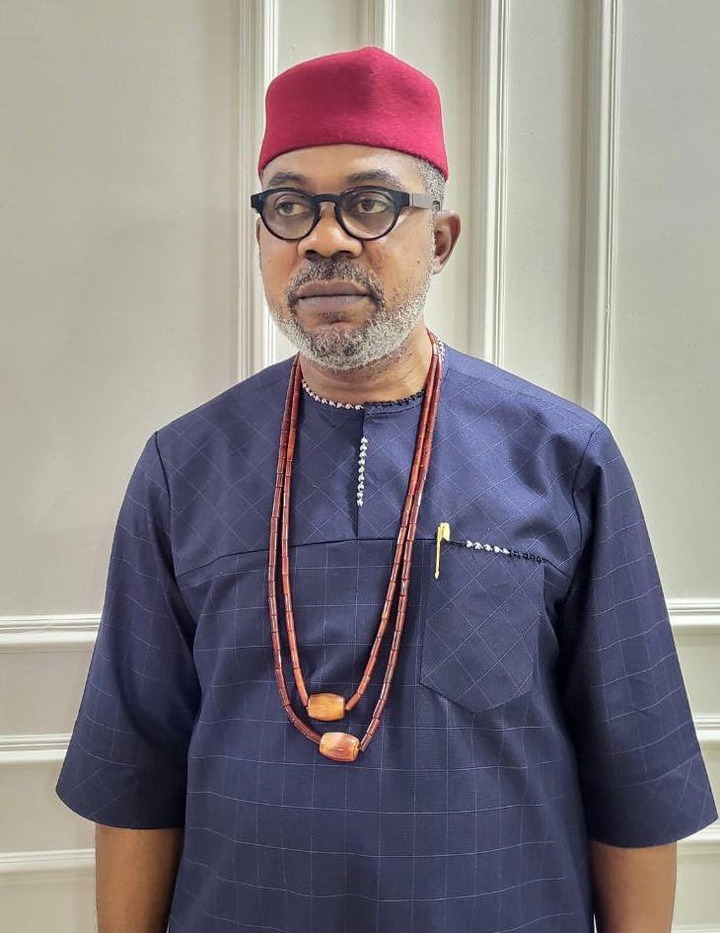 For demonstrating leadership capacity which is characterized by service to humanity and by proving that leadership is not mere ascendency to position of authority but by being innovative in providing solution that are germane for community and human capital development, Chief Johnny Metchie is ANAMBRA PERSON OF THE WEEK.

The Servant-Leader understands the natural feeling that one wants to serve, a feeling that foremost meets the needs of others.

Chief Johnny Metchie, the President General of Umueri Community in Anambra East LGA, exemplifies what it means to lead and to serve. He has redefined community service and the job of a President General. This is because he understands clearly that the job of a servant leader is about making clear goals, rolling up the sleeves and doing whatever it takes to help your people.

Chief Metchie immediately hit the ground running once he was inaugurated as the PG of his community, embarking on tours in major cities across the country, where he has been able to meet prominent sons and daughters of Anambra State which include business owners and investors, urging them to bring investment to his community, Umueri.

Beyond working hard to attract investments and open up economic opportunities, Chief Metchie has organized a one week intensive training and skill acquisition program that targets the development of various brick and mortar skills where over 300 community members benefitted from the programme.

An accomplished Entrepreneur himself, he holds an Associate degree in hospitality management / travel and tourism and business administration.

He also holds the traditional title of Ezi of Umueri.

“A noble leader answers not to the triumphant calls of self-promotion, but to the hushed whispers of necessity.