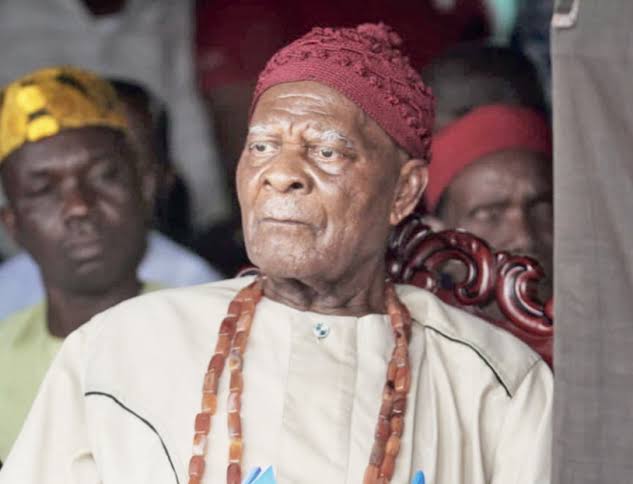 In the spirit of think-home philosophy, a philanthropist in Nnewi, Dr Theo Okeke has built a one-kilometer road for his Dimuzo kindred, Umudimkwa, Umudim Nnewi, Anambra State, ANAMBRA PEOPLE reports.
The road which was commissioned by His Royal Majesty, Igwe Kenneth Orizu III, the traditional ruler of Nnewi industrial community at the weekend attracted the Obi of Umudim, Obi Bennett Okafor; Nnewichi, Obi George Onyekaba, and that of Uruagu, Obi Afam Obi who represented Igwe at the event.

Explaining why he constructed the one-kilometer road, tarred with drainage system on both sides, Dr Okeke said it was his way of giving back to society.
He said he had travelled round the globe to discover that individual efforts towards community development could not be over emphasized as government could not do it alone. He noted that he had seen such good things at some other places and decided to give his people a good road network not only for a smooth ride but also to check erosion menace that could occur as a result of bad road.
He said that with developmental efforts done individually and collectively the community would in no distant time be a happy place to live in.
Dr Okeke also said he was making the contributions to his community development in honour of his parents who he described as cheerful givers, adding that he would always maintain the legacy left by his parents.
This is my community where I started life. I have been contributing my quota to development and uplifting my people through various empowerment Programmes. I empower widows, I have scholarship scheme for the indigent students and all of that.
“My own idea of assisting people is not to give them food but to show them how to farm so that they can stand on their feet, ” Dr Okeke said.
Apart from the road construction, Dr Okeke said the community was confronted by flood menace which he said he had also fixed, though it increased his initial budget, according to him.
He explained that the Dimuzo kindred road faced erosion threat. He said he had applied palliative measures and would like government at all levels to please assist the community to checkmate and come up with erosion control measures to add to the efforts already made.
The philanthropist took a swipe on insecurity in Anambra and Nigeria generally which he said it was unfortunate it had degenerated to what it is today.
He expressed hope that it could still be surmountable with the right approach.
“I like what Governor Charles Soludos is doing. He is a man with a lot of goodwill who means well for the State. I call on all Anambra people to support him.
On 2023 Igbo presidential bid to produce a successor to President Muhammadu Buhari, Dr Okeke expressed displeasure that what Ndigbo expected was not what he had seen unfolding.
He wondered why an Igboman would not be given the opportunity to rule Nigeria after many years in sidelines.
Other personalities at the event were the current President-General of Nzuko-Ora Nnewi (Nnewi Town Union); Chief Atuenyi Maduka; the immediate past PG, Chief Ugochukwu Udemezue; the Nnewichi PG, Elder Soge Egbuna, among others.