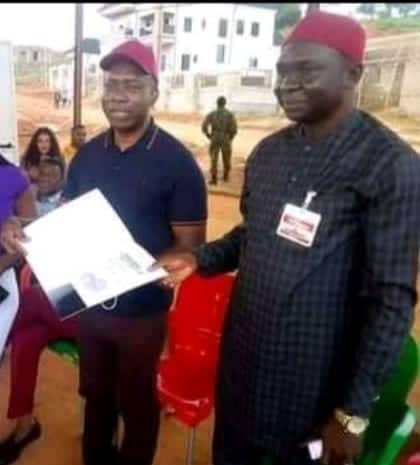 Governor Charles Soludo of Anambra State has gone into partnership with twelve construction companies in a bid to providing 6,000 housing units for civil servants in the State, ANAMBRA PEOPLE reports.

According to Soludo, part of his campaign promises was to provide affordable housing for both public servants and other members of the public in the State.

This was made public when the Chief Executive Officer of Rotech Energy Service took the Governor on a site inspection of one of its housing estates under construction.

It would be recalled that former Governor Willie Obiano signed an MOU with Rotech Energy Services Ltd for the development of Anambra Luxury Place Estate, (Nkwelle GRA), at Nkwelle Ezunaka. The firm had so far jump started the housing estate project inviting government to partner with the company.

Just recently the CEO of Luxury Palace Estate Chief Augustine Oguejiofor handed over a Certificate of Occupancy to Governor Soludo extending the hands of partnership to the State government.

Governor Soludo said: “We are targeting at least three or four Housing Estates in the three Senatorial Districts in the State but this would be in partnership with the private sector.

“This is exactly what our State needs at this time because government alone cannot do everything and it is instructive that our sons and daughters in and outside Anambra should leverage on this all important housing policy just like our brother Oguejiofor has done.

“This administration wishes to assure investors in the State of a safe haven for commerce, trade and industry and our housing policy would be pursued vigorously to ensure that by the end of this first term we would have made remarkable impact in the provision of housing needs of our people.

On his part, Oguejiofor earlier said: “In addition to the Luxury Estate, Rotech Group is also embarking on the phase 2 of the GRA, in the same area, and expanding into an ultra-modern business market in the Onitsha Metropolis, that will truly bring Ndi Igbo back home to develop our area.

“Our vision is to keep the pace of Housing Estate development ongoing in the South East to ensure affordable and available housing for those who will troop back home from all parts of the country in line with think-home philosophy of Ndi Igbo in Lagos and Abuja, as well as all over Nigeria. They are encouraged to really think home this time around, and partner with Rotech Energy Services Ltd to build a befitting future for their families and businesses so that they will not shout “had I known”!

“The current government in Anambra State, led by Prof Soludo, who had also visited the site and praised the efforts of Chief Austin Oguejiofor before he was sworn in as the Executive Governor is also working in tandem with Rotech Energy Services Ltd to keep the flag of expanding the Real Estate business in Anambra State to close this housing deficit flying.

“Senators, House of Representatives Members, business moguls and even the church are all exploring different areas to be part of this fast paced development now going on with Rotech Energy Services Ltd.” 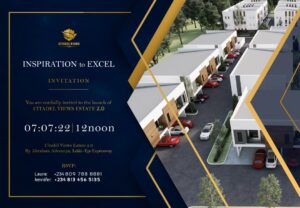 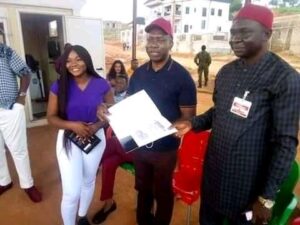