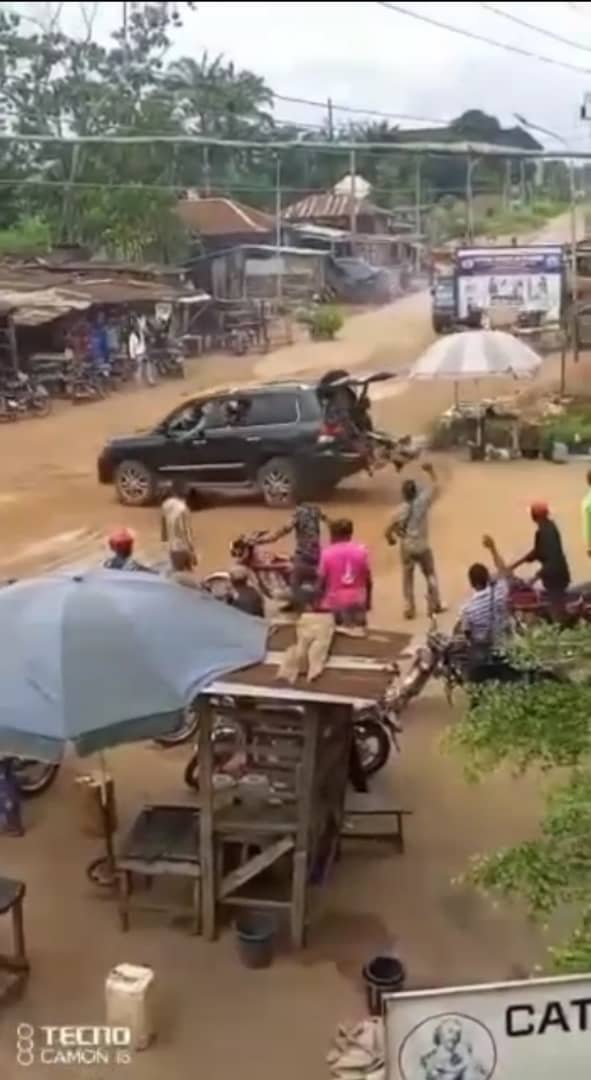 Some unknown gunmen met their deaths in Anambra state after they attempted to disrupt a Burial ceremony, ANAMBRA PEOPLE reports.

It was gathered that the funeral was taking place at Ihiala Local Government of the state when the unknown gunmen stormed the event and began to shoot sporadically into the air.

An eyewitness stated that the unknown gunmen started shouting that they were not settled before the commencement of the burial and funeral.

But unfortunately for them, some vigilante members were on ground and were fully armed.

The security operatives in Ihiala opened fire on the gunmen while reinforcement came from neighboring Okija, Amoka, and others.

It was gathered that all the unknown gunmen who launched the attack were neutralized.

In a video sighted by ANAMBRA PEOPLE, the vigilante members were seen carrying the remains of the unknown gunmen in a vehicle.