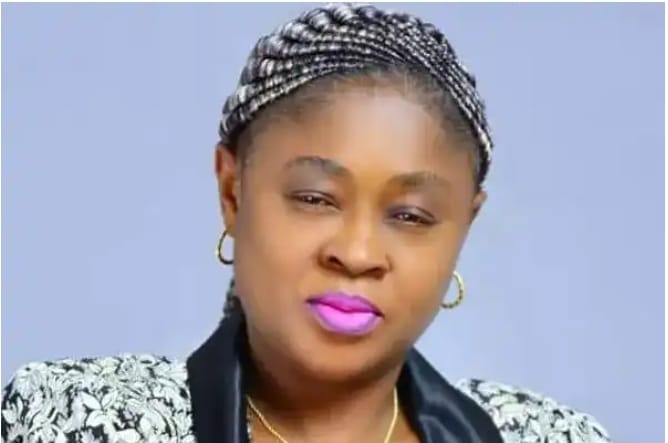 Professor Ngozi Chuma-Udeh, the Anambra State Commissioner for Education recently appointed by Prof Charles Chukwuma Soludo, was caught on tape using vulgar language againstapplicants who were at one of the failed centres for the teachers’ recruitment exam.

Professor Chuma-Udeh was heard calling the applicant “idiot” and “stupid” but unknown to her was being recorded.

Then later said: “You stupid woman…”

And also: “You have the effrontery to call me on the phone to talk rubbish. Will you get out of my phone, you failed FA.”
And later: “You are not supposed to be found in the corridors of education. You are all hooligans!”

Reacting to the recorded conversation between Professor Chuma-Udeh and the applicant, Mr. Eneh Victor Chigozie remarked:
“This is the Commissioner for Education, Professor Charles Chukwuma Soludo appointed few months ago.

“Please hear from her and the choice of words she used on one of the applicants who was at one of the failed centres for the teachers’ recruitment exam.

“Those who voted Soludo should start apologizing now. The man has started failing even before his administration started.

“This is the best he got and made commissioner from the online portal where he asked ndi Anambra who wish to serve in his govt to apply.

“Thank God no one recommended his commissioners for him. He picked them himself from over 20,000 ndi Anambra who applied in his online portal.”