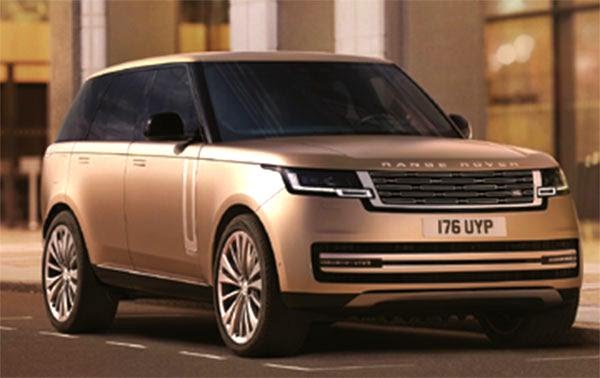 At the event, the general manager, marketing/corporate communications, Coscharis Group, Abiona Babarinde, said the Range Rover SV is the latest and one of the most desirable Range Rovers ever created by Land Rover.

Although the new Range Rover had earlier premiered globally, Babarinde noted that the launch became necessary because this is the first time it is arriving in the local market.

Analysing some of the special features of the new Range Rover, marketing manager, Jaguar Land Rover, Cletus Aregbesola, said the vehicle has a distinctive design detail resulting in a form that speaks to modernity.

He added that the new model is the most desirable Range Rover, which represents the pinnacle of progressive luxury.

Stating that the Range Rover is well defined by aesthetic grace, sophistication and refinement, he pointed out that the reductive nature of the design is free from superfluous Range Rover ever created.

Aregbeshola agreed that Range Rover wouldn’t have anticipated designing a Range Rover with 7 seats four years ago but that milestone has been successfully achieved the new Range Rover.

Even though the vehicle is equipped with seven seats the marketing manager, said that such addition does not affect both the driver’s legroom and rear legroom.

“It has a choice of Standard or Long Wheelbase body designs provides elevated luxury for five or seven adults, all delivered while retaining the unmistakeable Range Rover profile and Command Driving position.”

“Range Rover’s imposing face communicates a character of unparalleled. And, for the first time on Range Rover, 23” wheels enhance the vehicle’s  presence and supreme stature, contrasted by its reductive, modern detail”, he added.

“With Dynamic Launch engaged, he declared that the vehicle has cleaner, more efficient mild hybrid technology available with a range of diesel and petrol engines”.

“Range Rover features a modern and sophisticated interior, underpinned by its impeccable reductive nature, tactile materials and an intuitive approach to relevant technology. No detail has been overlooked. Nothing is for show”.

According to him, the new Range Rover is readily available in all Coscharis showrooms across the country with prices hovering between N70 million to N200 million.