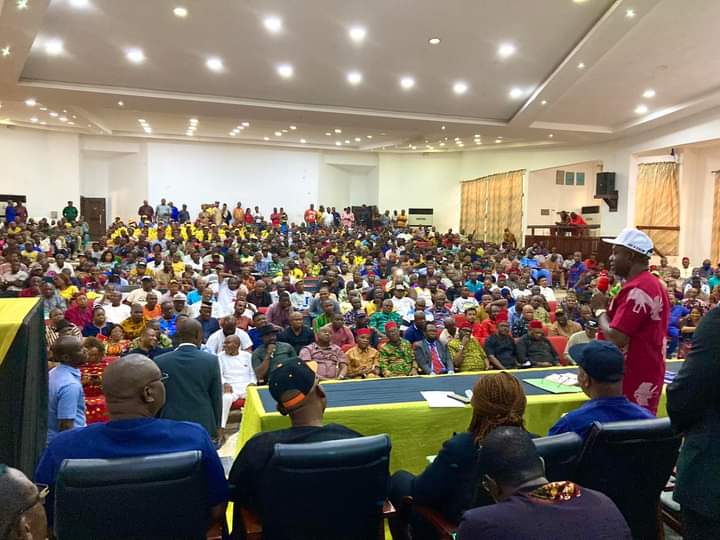 The Governor announced this on Wednesday in Awka, during an interactive session with Market Union Leaders, Transport Union Leaders and Transport Operators/Owners in the state, where he also re-echoed the call on the people to regularly pay their taxes into designated government accounts and get their receipts.

He noted that the era of revenue generation through the sale of  crude oil is gradually phasing out, as, according to him, no remittance has been made from the NNPC into the Federation Account as money acruable from the sale of crude oil since February this year; hence the imperativeness of the reformed tax regime in the state.

According to him, the state-wide implementation of the reformed digital revenue collection system which will start on July 1, 2022, with the primary aims of cutting down heavy taxation and closing the loopholes and illegal windows, through which the funds meant for the development of the state are siphoned or leak into private pockets.

The Governor maintained that this new technology-driven system will also help his administration in running a people-oriented and transparent governance which will be instrumental to achieving his administration’s vision of making Anambra a Smart Mega City State, and a more livable and prosperous environment.

While maintaining that Anambra is the Light of the Nation, and therefore, should ideally be a reference point in all ramifications as one of the developed States within the federation; the Governor also resounded a note of warning to anyone posing or masquerading himself as a government revenue collector in any part of the state, to desist forthwith or face the full wrath of the law, as his administration is making frantic efforts to stop end leakage revenue in the state.

He also said the new tax payment system will extinct complains and issues of multiple taxation in the state.
Contributing, the State Commissioner for Transport, Barrister Pat Igwebuike, who re-echoed the need for Transport Union members to urgently acquire their identifications; said Governor Soludo has proved to be very passionate about the cause of road transporters and passengers in the state; while also calling on them to embrace the new system.

Earlier speaking, the Chairman, Anambra State Internal Revenue Service (AIRS), Mr. Richard Madiebo explained that the gathering was geared towards the presentation and description of the reformed digital revenue collection system to the Union leaders, which he described as the best technology-driven approach to tax collection.

According to him, with the new system, all tax payers and levy payers in Anambra will be issued with a digital identification; while commercial vehicle operators who make daily payment, will not be charged to pay anymore in any public park. He added that five percent of the revenue generated by any union, will be given to them to manage their respective business places.

Aside Union leaders and members, the well-attended interactive session was also graced by other other top dignitaries and government functionaries, including the Speaker of Anambra State House of Assembly, Rt. Hon. Uche Okafor; the Deputy Speaker, Rt. Hon. Paschal Agbodike; Secretary to the State Government, Professor Solo Chukwulobelu; Chief of Staff to the Governor, Mr. Ernest Ezeajughi; Commissioner for Homeland Affairs, Chief Chikodi Anarah, among others.