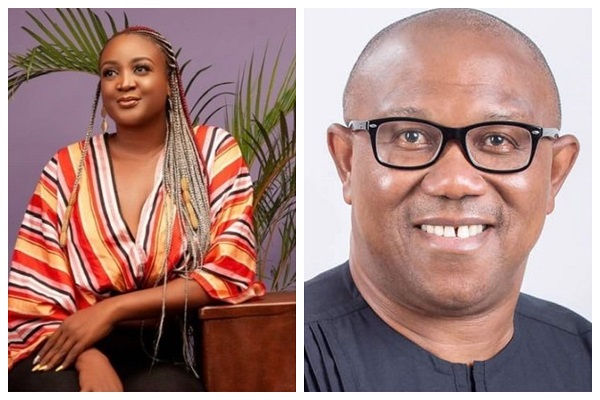 A female journalist has resigned to throw her full weight behind the Labour Party (LP) presidential candidate Peter Obi for 2023, ANAMBRA PEOPLE reports.

The Abuja-based journalist identified as Favour Bassey Otu made this known on Saturday.

Otu explained her decision was based on the fact that her job wouldn’t allow her to expressly and publicly show solidarity with her preferred presidential candidate.

“They said a journalist must be non-partisan (unbiased and fair). So I resigned my position with @SilverbirdTV to throw my full support on @PeterObi , after the elections next year, I’ll apply for a media job maybe with @channelstv or @ARISEtv or start up my business,” she tweeted.