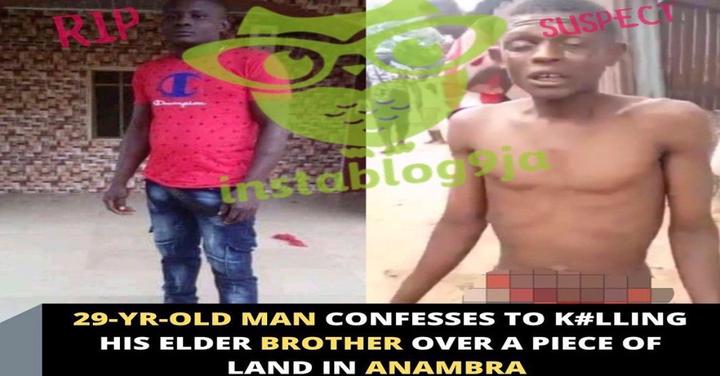 A 29-year-old man, identified as Kosarachukwu Ugwuka, has confessed to killing his elder brother over a piece of land in Ezinifite, Nnewi South LGA of Anambra State, ANAMBRA PEOPLE reports.

It was gathered that the deceased, Chukwudi Ugwuka, 35, passed away on April 27, 2022 after a brief illness.

However, in a bid to unravel the circumstances surrounding Chukwudi’s untimely demise, his family dragged the suspect before the youths in the community, on Sunday, July 10. According to a source, the suspect who initially denied any involvement in the death of his brother, confessed to the crime after an herbalist was invited and incarcerations were made.

In a video, the suspect was captured narrating how he put rat poison in his brother’s food after the brother sold their family land and used the money to feed the family.

December 5, 2022
‘Odumeje has promised to give me his highest power’ – Yul Edochie says as he hangs out with Odumeje