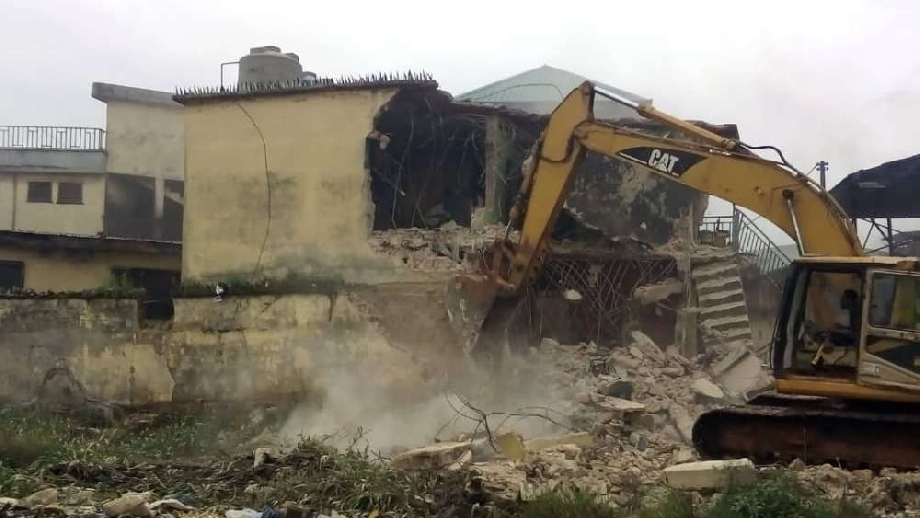 The demolition of illegal structures built on waterways in Onitsha by Anambra State government has continued and will not stop anytime soon, ANAMBRA PEOPLE reports.

Some of the major buildings and areas which have received Soludo’s sledge hammer are; Mountain of Holy Ghost Intervention and Deliverance Ministry (Odumeje’s Church), Our Lady Queen of Peace Catholic Church, a school building belonging to St. Dominic’s Catholic Church, Ogbo pineapple (fruit market, Woliwo) and a warehouse.

According to a reliable source who is also one of the task force members in the ongoing demolition, he stated that illegal structures at major markets in Anambra state are going to be pulled down particularly motor parks which were converted to shops. Places like Main market, Ochanja market, Zik’s Avenue, building materials market Ogidi, Moore Street, etc might receive their fair share of the demolition soon.

Recently, Professor Soludo disclosed that there would be no going back in the bid to restore Onitsha to its master plan hinting that over 200 buildings on flood channels would be pulled down.

Most of the affected landlords and traders are in support of the ongoing exercise but pleaded with the government to give them enough time to move to a new location.