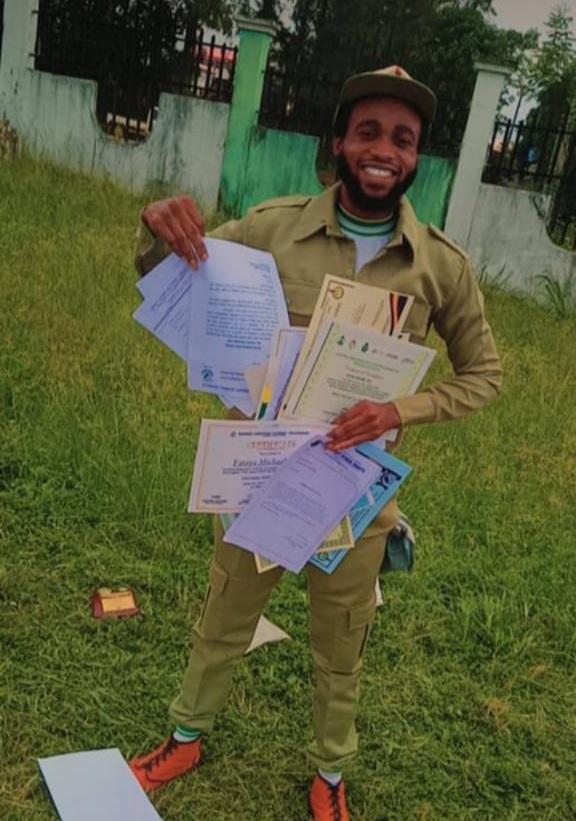 Apart from the solar street lights, other community development services he embarked were;
1. Organizing Inter School Quiz Competition with Scholarship as grand prize
2. Donation of first aid boxes to his place of primary assignment
3. Organizing academic seminar on career and skill acquisition training (SAED) on baking for Ozubulu indigenes
4. Sensitization on YAD (Youth against Disasters)

Mr. Michael, an award winning motivational and leadership speaker said he always derived pleasure in impacting and giving back to the society since that is the only way we can create the great future we desire. He believes that government cannot provide everything for its citizens because of scarce resources and called on youth corp members to be selfless in their service to the father land.

Some of the beneficiaries commended the corp member for the way he accepted Ozubulu as his own community and urged other corp members to emulate Mr. Michael’s selflessness and work towards becoming agents of change in any community they found themselves.