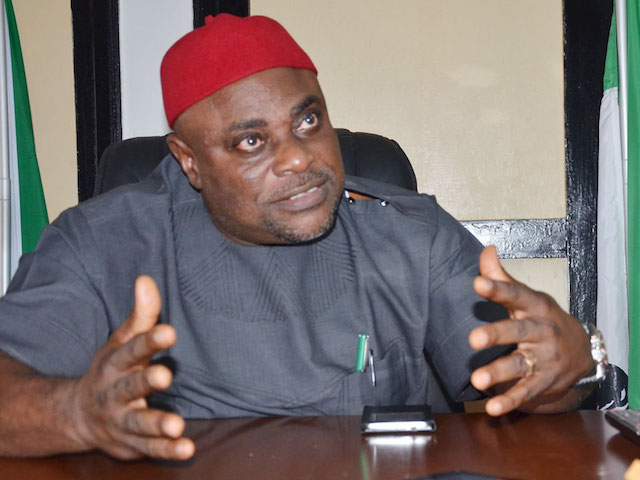 Ozo Victor Ike Oye, the former National Chairman of APGA has gone into hiding and may be declared wanted by the police, ANAMBRA PEOPLE reports.

Chief Edozie Njoku honoured the invitation and presented to the police all documents relating to the said amended judgement.

He presented to the police the affidavit sworn in by the Executive staff of the Supreme court who served INEC the latest amended judgement of October 14, 2021.

With the overwhelming documents presented by Chief Edozie Njoku, the police then asked him to wait to enable Oye to come forward to present his proof that Chief Njoku doctored the judgement of the Supreme court delivered on October 14, 2021.

From 10 am yesterday that Oye was invited alongside Chief Edozie Njoku, he failed to show up. The police called him and he said he was on his way.

As at the time Chief Edozie Njoku left the police CID Headquarters Abuja and returned to his office, Chief Victor Oye still claimed he was on the way. The police will have no choice than to forcefully bring Oye to defend his allegations against the Authentic National Chairman of APGA.

Preparations are on now to take over the APGA National Secretariat.