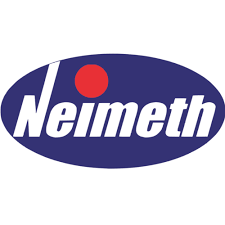 The Managing Director, Matthew Azoji, made the disclosure during a news conference on Friday in Lagos.

Azoji said that the new plant would be a multi-product facility that would be tailored to comply with the World Health Organization’s current standards of Good Manufacturing Practice.

He said the new plant would be completed in 18 months from the time of inception.

“We are expecting that by the end of next year, the plant will be ready,” Azoji said. He noted that the shareholders had approved a two-pronged expansion plan, namely the construction of a new plant in Anambra State and a facility upgrade of the Oregun plant.

Azoji said the company would approach the capital market to raise N5 billion to support the expansion drive with a hybrid offer of rights issue and private placement.

“We want to raise N3.7 billion and N1.3 billion respectively from both offers,” he said.

“The private placement will commence immediately after the rights issue has closed.

“We are offering 628,753,036 ordinary shares to would-be investors at the price of N2.10. This is expected to generate N1.32 billion through this channel,” Azoji said.

He said that part of the funds would also be used to support the company’s strategic plan of maintaining a sustainable capital structure, reduce cost of borrowing and fund working capital.

Azoji said that the Oregun factory upgrade was already close to completion with funds from the Bank of Industry and its own resources.

He disclosed that on completion, the Oregun plant alone would add an additional 300 per cent to the company’s production capacity especially with liquid preparations.

“These projects will not only sustain the current upbeat performance of the company but will give us a quantum leap into the league of leading global healthcare commodities producers.

“I am optimistic that Neimeth shareholders will take their rights in the rights offer and the offer will be fully subscribed,” he said.

Azoji said in pursuit of its corporate vision to be the leading innovative healthcare provider in Africa, the company was pioneering research and development into African home-grown solutions to various diseases.

He disclosed that the company had a lot of therapeutic formulations that would provide solutions to various human and animal diseases.

Azoji added that the company had partnered overseas pharmaceutical companies to formulate medication for various common ailments on the continent.

“Currently, it has about 13 different human pharmaceutical lines undergoing registration while about nine veterinary products are underway,” he said.

Azoji said about 25 other human pharmaceutical products were scheduled to be submitted to the National Agency for Food and Drug Administration and Control for registration soon.

“Most of these products are expected to be introduced into the market in the current business year, thereby expanding the company’s product portfolio,” he said.