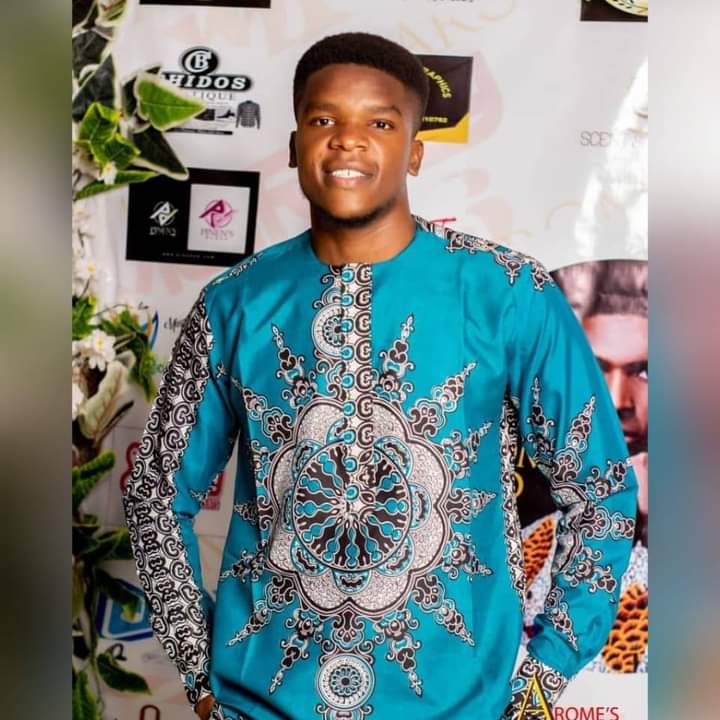 A young Nigerian of Anambra descent, Uchenna Emelife, is getting all the accolades and praises for his intellectual campaign and exercises that are transforming the lives of Sokoto state students.

In the face of rejections and ethnic challenges, the 23-year-old has nurtured his literary passion into something tremendous.

However, the 400-level student of Usmanu Danfodiyo University, Sokoto, is not resting on his oars as he shared other delicacies he is cooking for students of the state.

The impactful literary programs and exercises embarked upon by a young Igbo student, Uche Emelife, in Sokoto state have been hailed by his institution in the state.

In a reposted commendation write-up by an academic of Usmanu Danfodiyo University, Sokoto (UDUS), Dr Mansur Isah Buhari sighted on the institution’s verified Facebook page, Uchenna was commended as being one of the students impacting their communities for positive development.

The article with the heading, ‘UDUS PRODUCTS IMPACTING COMMUNITIES DURING STRIKE’ noted that Uchenna and his team host intellectual exercises that help students in the state to read and speak properly.

Dr Mansur said he knows, “firsthand, how Uche struggles with snubbings and rejection to raise funds for their events each time.”

The aim of which is to promote the appreciation of poetry and reading.

Uchenna stated he was born, brought up and currently resides in Sokoto state. The indigene of Enugwu-Ukwu, Njikoka LGA in Anambra was born to a family of 7 and is the 6th child.

The literature in English student said his mother is a teacher and a trader, while his dad is also a trader.

The bookseller and literary curator has already achieved so much in the literary world despite his young age.

He is the founder of Book O’clock, a literary platform in Sokoto that hosts a literary blog, a bookstore and book clubs (it was founded in April 2020).

In May 2022, he was selected for the first International Booksellers Conference organised by Sharjah Book Authority in Sharjah, UAE.

Uchenna currently curates literary conversations for Africa in Dialogue, Isele Magazine, where he doubles as an Assistant Editor and Book O’clock Review. His other professional affiliations include Griots Lounge, Praxis Magazine, TEDxArkilla and Pen Press UDUS.

Uchenna speaks on ethnic challenges, security in Sokoto and rejections

When quizzed on how he deals with security concerns in Sokoto, Uchenna explained that the state has been peaceful of recent.

“I think Sokoto has been relatively peaceful for many years now, until very recently, and even now, it is the villages at the outskirts of the States that sadly take all of the heat.

“So none of our projects have been affected by insecurity, except for guests whom we invite from elsewhere and they don’t show up maybe because they’ve a similar notion of the north. When such happens, we organise a virtual engagement with them and host them to it.”

On ethnic concerns, Uchenna said he has been able to overcome this by learning to respect everyone individually as well as treating people as individuals rather than a group. He said:

“I have met individuals in Sokoto who are very supportive and I’ve built very beautiful relationships with them irrespective of the diffrence in religion and tribe.

“At the same time, I have also met others who are so hostile to my ideas because I’m not Hausa. So how do I cope? By respecting everyone and treating them individually, rather than a group. So if there is a poor reception from Alhaji, I take my L and move on to Mallam.

“I think as a society, stereotyping would go down the drain if we began to treat people on an individual basis rather than as a whole people. “

Uchenna shares what he is cooking for students of the state

On his future plans regarding intellectual exercises, Uche disclosed that he and his team are working on the second edition of the Sokoto Book and Arts Festival.
He expressed his desire to be more intentional about his work as soon as he rounds off his undergraduate program.

“Oh yes, there are. I want to be more intentional about my work as soon as I’m done with my undergraduate program, so there is so much expansion on the way and has even started.

“My team and I are currently making plans for the second edition of the Sokoto Book and Arts Festival which promises to be bigger and better. Sokoto remains the heart of all of these, so irrespective of our physical presence, our goal to turn Sokoto into a citadel of arts continues to run.”