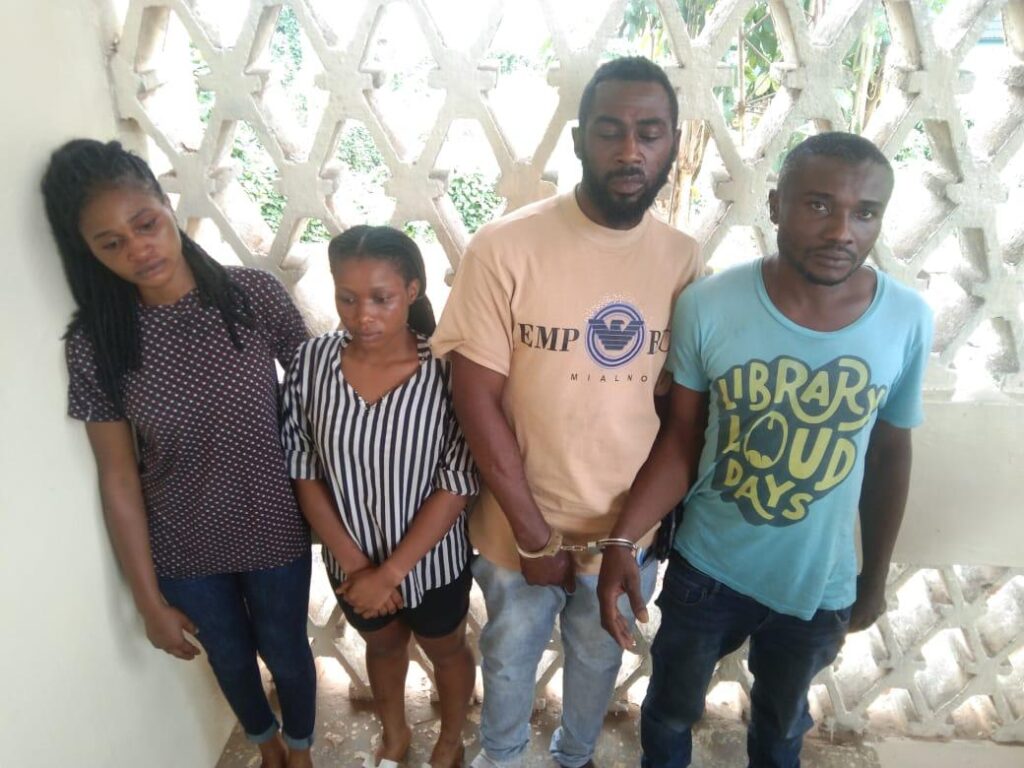 The state police spokesman, Tochukwu Ikenga, in a statement on Thursday, said the suspects used social media to lure unsuspecting men into fake love and friendships and thereafter, took the victims to a room, where one of the female suspects, Nduba, engaged them in foreplay.

Ikenga noted that in the process, other members of the gang forced their way into the room, took nude pictures and videos of the victims, and forced them to transfer huge sums of money to their accounts.

He said the suspects threatened to publish the nudes on social media if the victims failed to comply.