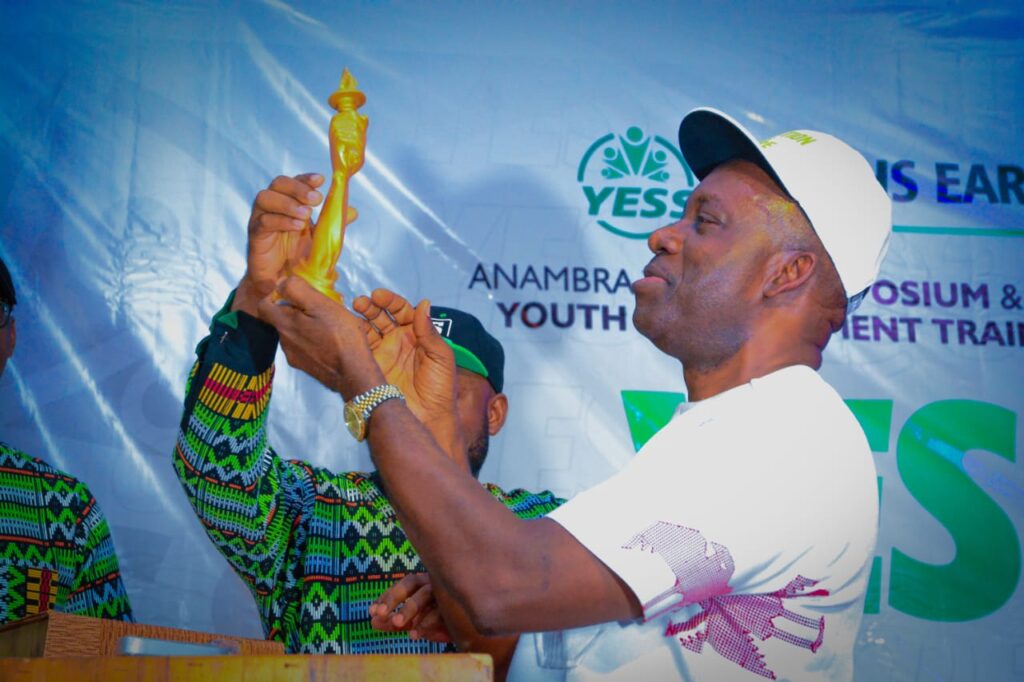 Anambra state Governor, Professor Charles Chukwuma Soludo, CFR has assured youths in the state of his government determination to empower the youths by setting aside the sum of N2.5 billion naira budgeted for Youth engagement and empowerment, ANAMBRA PEOPLE reports.

Governor Soludo gave the promise in Awka when he was hosted as a Special Guest of Honour at the event hosted by YESS, (Youths Earnestly Seek Solution).

The event was also used to unveil policy document and youth empowerment programme of the group, to celebrate its three years anniversary.

Prof Soludo recalled the hurdle members of the group passed through to support his governorship ambition, stressing that they were the first group to emerge. He commended them for championing the disruptive movement, by showing good examples of how youths in the country ought to participate in politics.

The Governor revealed he was involved in politics as an undergraduate and founded the Ekwueme movement, saying that idealism and passion were his major driving force.

Governor Soludo however, expressed regrets at seeing that over the years, politics have been turned into a business venture, emphasizing that unfortunately, the society have also failed the youths.

He described as unfortunate situation where a Country’s past is more glorious than its present. He assured that a new society is possible and for every challenge lies opportunity.

According to Governor Soludo, “the concept of volunteerism means offering to serve and to do things that are positive.

“We are looking for value. What value are you going to render? This question goes to those seeking for public office. Every appointment we are giving, we must ensure there is an existing vacancy for it. We are replacing the era of entitlement culture with productivity and empowerment where the youths take the future into their own hands and become agents of wealth creation”.

Governor Soludo reiterated that with the movement of YESS, everyone has something to offer in government and the private sector.