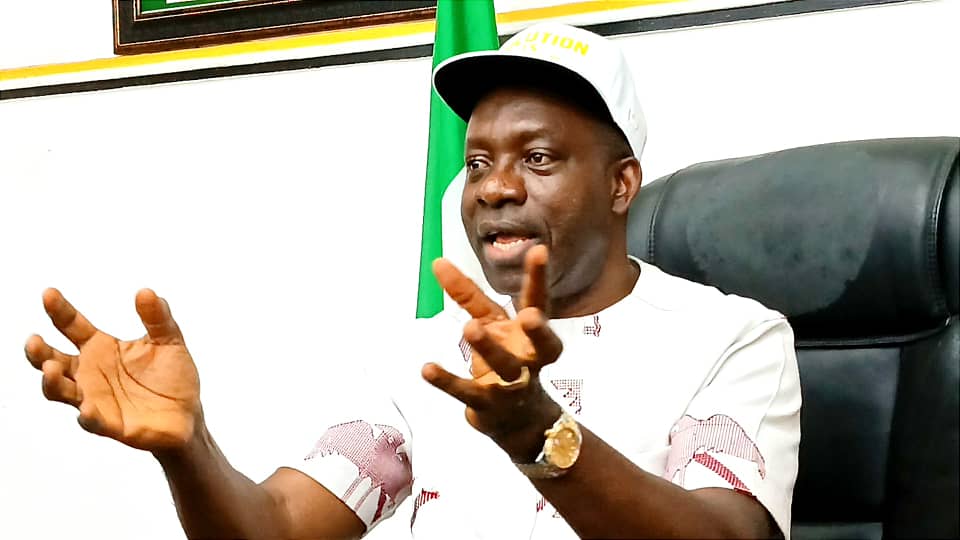 The Governor inaugurated the Committee shortly after the State Executive Council Meeting, at the Government House, Awka.

Speaking shortly after performing the inauguration, Governor Soludo appreciated them for accepting to serve and commiserated with them for coming to serve in some very difficult circumstances.

“We are going to be employing over four thousand teachers, it’ll be charged to JAAC. Meanwhile, you have over fourteen billion naira debt in terms of arrears to gratuity and pensions. Part of it we have started to pay” and so on and so forth.

The Governor further explained that the local system is largely two fold including its financing and its administration.

“For us we have a vision to have responsibility devolve to base and to have local government that is empowered from the base, to deliver development to the grassroot. And consequently, the finances that are very limited will have to be run in a different way. We have a peculiar local government system where the staff and other obligations of the local government are pulled together.

On local government autonomy, Professor Soludo said; “I hear people talk about autonomy. If you want to implement a strict autonomy, it’ll mean that each local government will employ and pay its staff. That’s what it’ll mean but this is not the case. That’s why you find someone in Idemili working in Ayamelum and someone from Ayamelum working in Nnewi South because they have a pool system”.

Governor Soludo also took time to explain that resources accruable to the State governments from the federal are low because of NNPC’s inability to remit a kobo to the federation account, which they may not do again because it is now a limited company, emphasizing that there should be some sort of competitive system in place for the various local governments.

He said; “we are trying to devolve the responsibilities; waste management, security because we are now doing security at the community level, issues of Environment and so on and so forth. My aspiration and with you as the Committee, we are going to work together so that they too can compete and have lee way to raise their own revenues. They should become creative in generating revenue. Of course, when that lingers, we also expect you together with the service commission, to have some thought about not just to run the account, but you also have a job to do to have a new local government system and the financing framework that will deliver development to the people. We are seeking to have a local government that truly works”; Soludo added.

The Governor pointed out that regarding the management of the JAAC, alot of things will be done differently after careful thought process, especially in terms of financing options.

“Some have got some assets that they can charge. Some have shops that they can ‘premise’ while some run mass transit system and so on and so forth. With the wisdom and calibre of people that make up this commission, I’m sure you will deliver because our intention is to rejuvenate the local government system”; concluded the Governor.

Earlier while presenting the Committee members for Inauguration, the Commissioner for Local Government Affairs, Mr. Collins Nwabunwanne described them as competent to deliver on the mandate.

In a vote of thanks, Chairman of Transition Committee Chairmen, Mr. Livinus Onyenwe who spoke onbehalf of other members of the Committee, thanked the Governor for finding them worthy to serve in that capacity, pledging to work round the clock to efficiently deliver service to Ndi Anambra.

Secretary to the State Government, Professor Solo Chukwulobelu, Chief of Staff to the Governor, Mr. Ernest Ezeajughi, Head of Service, Barrister Theodora Igwegbe, Commissioner for Finance, Mr. Ifeatu Onejeme, Special Adviser to the Governor on Local Government Affairs, Mr. Asha Nnabuife, among others, were present at the event.