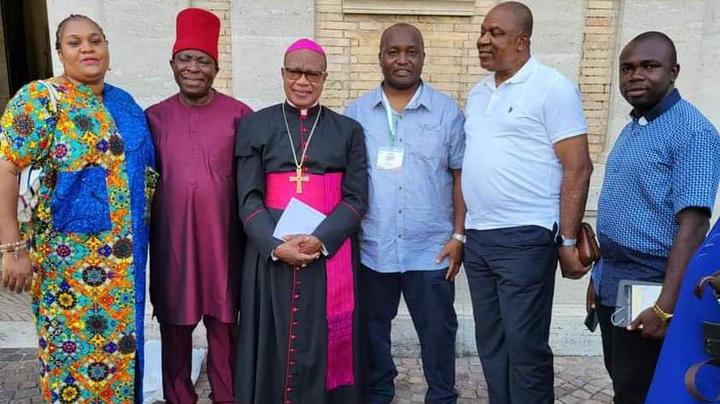 Okpaleke, who is the Catholic Bishop of Ekwulobia Diocese, was installed as Cardinal by Pope Francis on Saturday.

Presidential candidate of the Labour Party, Peter Obi, among other Nigerians, witnessed the ceremony.

Recall Okpalaeke was rejected as Bishop by some priests and Catholics in Ahiara Diocese before he was finally posted out of Imo State, and later named as the Bishop of then newly created Diocese of Ekwulobia, where he originally hails from.

Pope Francis had in late May  announced Okpalaeke and 20 other Bishops across the world as Cardinals.