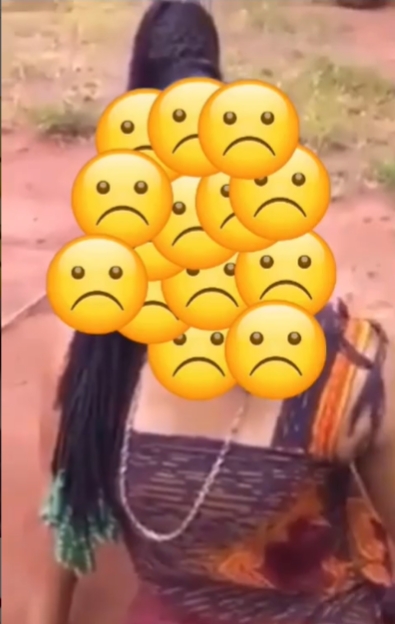 A lady and her father have been banished from Nnobi community of Anambra state for engaging in an incestuous affair that produced two children, ANAMBRA PEOPLE reports.

She gave her name as Queen Bassey and further revealed that they are from Cross River state.

The lady who was interrogated by some members of the community, revealed that she was deflowered by her father who made her become his wife by placing her on kolanut oath. This reportedly occurred after his wives left him.

Queen went on to say that she can’t explain why she allowed the incestuous affair to go on for long.