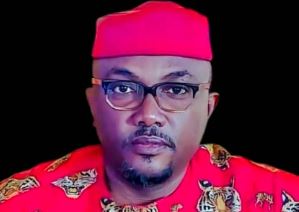 As part of the strategic plan to become the pace-setting local government area in Anambra state, Nnewi-South is to blaze the trail in the deployment of the adoption model for road construction.

The Transition Committee Chairman, Honourable Ikenna Oluchukwu Aniagboso, who disclosed this to newsmen in his office, explained that the local government has a plan to meet public-spirited individuals with the financial muscles to adopt roads in the council area for construction just like what the late foremost industrialist Chief Anthony Enukeme popularly known as Tonimas Oil and Gas did in Anaocha local government area where he singlehandedly adopted and constructed many roads.

Aniagboso said apart from the adoption model for road construction, the local government also intends to embark on partnerships for road construction in the area as roads were one of the most felt needs of the people. He said the Public Private Community Partnership Model will come in handy to encourage individuals to partner government in the provision of road infrastructure which he said is a fundamental need in the Nnewi-South Local Government Area.

He said that as plans were underway to convert erosion sites to fish ponds and to grow the grassroots economy through agriculture, there was the need to equally create and construct access roads in the hinterlands as channels for the evacuation of farm produce to local and urban markets, adding that Nnewi-South is indeed in dire need of road infrastructure.

The TC chairman also noted that apart from roads, another very pivotal concern of the local government is youth development. Although he pointed out that youth development programmes have been political especially as youths were given motorcycles and a host of others which he described as not being the best.

He said while the purchase of motorcycles and in some cases vehicles were good gestures, there was the need for massive re-orientation of youths to help them develop positive mindsets to life.

That Nnewi-South is planning a youth entrepreneurship development programme where the local government council will partner with the Ministry of Youth Development and Creative Economy to train youths on basic skills for economic advancement, adding that Governor Chukwuma Charles Soludo has a plan to remodel the apprenticeship system in such a way that the master-servant problem of settlement at the end of stewardship will become a thing of the past.

That Nnewi-South will support the apprenticeship system in line with the governor’s vision but equally ensure that inclinations to illegitimate businesses such as internet fraud, idolatry and fast lane syndrome which youths indulge in will gradually be deemphasized and their minds disabused from such vices capable of leaving them in jeopardy.

The Nnewi-South TC Chairman said youths would be mentored on how to develop sustainable business plans as well as exposed to how they can source loans and grant opportunities to enable them to build genuine business empires and contribute their own quota to national development.