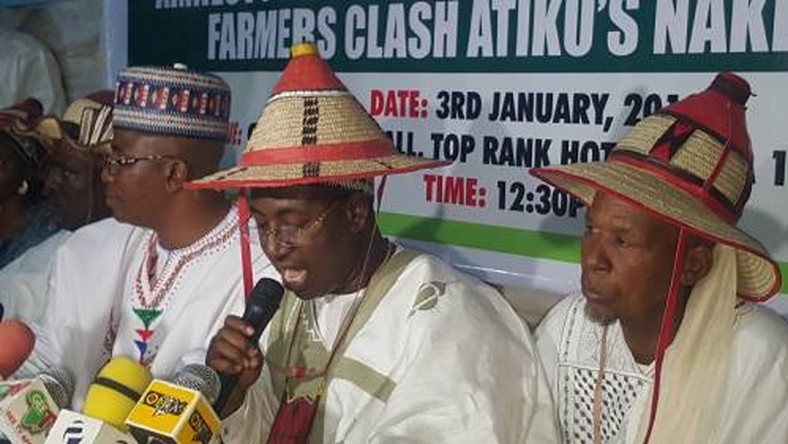 The leadership of the Miyetti Allah Cattle Breeders Association of Nigeria (MACBAN) has appealed to Anambra Governor Chukwuma Soludo to temporarily suspend the ban on cattle movement on foot in the state, ANAMBRA PEOPLE reports.

The appeal was made on Monday by the Southeast leader of MACBAN, Alhaji Gidado Sidikki, in Awka, Anambra State.

He said the ban is too sudden and many of the cattle rearers have no other means of livelihood, arguing that the ban will have a negative effect on them and their livelihood.

Sidikki used the point that MACBAN members have been living peacefully in the state as part of the points to strengthen his appeal.

Speaking in a chat with The Nation, he said; “Majority of us (Fulanis), don’t know any other business more than rearing of cattles in this World.

“Some of us were born and bred in this rearing of cattle business here in Anambra state. We have no other place to go.

“The herders are aware that the state governor has flagged off massive tree planting exercise in the 181 communities as part of measures to control the spread of gully erosion in the state.

“And as law abiding citizens, we have cautioned all our members and equally urged them to protect the trees in their various host communities.

“Our members have remained committed to peaceful coexistence with their host communities in the State and the Southeast geopolitical zone at large.

“We therefore, call on concerned stakeholders including the media to help us beg the governor, if possible, to revisit his decision on the ban”.

The Law Against Cattle Movement
Naija News recalls the Anambra State Governor, prohibited the movement of cattle on foot in every part of the state about two weeks ago.

Soludo, who made that announcement while meeting with members of the Anambra State Cattle Menace Committee at the Government House, Awka, said the ban complied with the 2021 anti-open grazing law of the State.

He said the ban was in compliance with the 2021 anti-open grazing law of the State, adding that enforcement would begin from September, 2022.

According to him: “Now that we have a law banning open grazing, the law enforcement agents have been directed to implement it.

“Though the law has been in existence since almost one year ago, cattle rearers keep parading certain areas in the State in contravention to the law.”

The law against open grazing in Anambra was signed during the administration of former Governor Willie Obiano but was not enforced.

Obiano assented the Cattle and Other Livestock Open Grazing Prohibition and Ranches Establishment Bill of Anambra State in 2021.

It is the same law that Soludo has now shown his readiness to enforce.