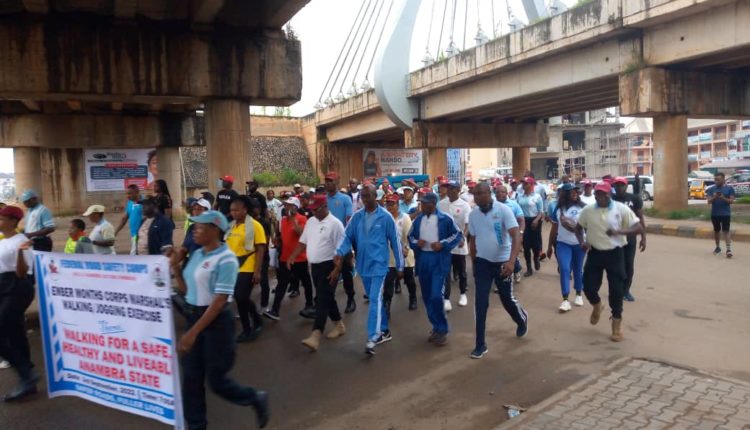 Irelewuyi explained that the exercise was one of the ways to keep them physically fit in the line of duty. He said other agencies were equally invited to the body fitness activity so as to create awareness amongst other arms of government that the ember months periods would witness massive campaigns and massive sensitisation in Anambra state, so that throughout the ember months periods there would be zero crashes, if possible.

He said the National Drug Law Enforcement Agency, the Nigeria Immigration Service, the Consumer Protection Council, Anambra State Sports Commission, Man O War and some others were part of the physical fitness activity, adding that the target for the Ember Months traffic control was to reduce Road Traffic Crashes and to also ensure that everyone traveling within this period arrived alive.

Although he stated that in order to arrive alive at their various destinations these Ember Months, motorists should avoid over speeding, over loading as well as avoid the use of unsafe tyres while using the roads.

He said, ” We have mapped out strategies where by every form of gridlock and traffic jams will be attended to and I can assure you that this year nobody will sleep on Anambra roads.

Meanwhile a representative from the Anambra State Sports Commission Faith Okwonna described the physical fitness activity as an antidote for healthy living especially as the personnel of the Federal Road Safety Corps Anambra state sector command prepares for the Ember Months task.