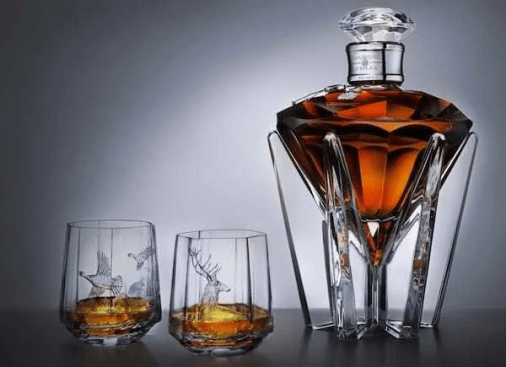 Here is a list of expensive alcohol drinks in the world, with some of them costly such that their cost is sufficient to purchase 7 Rolls-Royce cars and 8 Ferraris.

Rolls-Royce Phantom starts at close to $460,000, and Ferrari models range in price from the entry-level Portofino starting at $214,533.

Meanwhile, some of these drinks cost more than $1 million.

The bear has an Alcohol Content (ABV) of 8% and is said to have a complex taste with toffee flavours and tones of liquorice and aniseed.

Here is something for Diamond lovers. This martini might look rather ordinary, however, the grey goose and lime-infused cocktail includes a one-carat diamond as an extra touch!

Currently, you can only get it at the Ritz-Carlton in Tokyo.

An Australian bartender, Joel Heffernan at Club 23, set a new Guinness World Record for the most expensive cocktail.

The Winston includes 60ml of Cognac Croizet 1858 Cuvee Leonie – a bottle of which recently sold at auction for AU$151,000.

The Legacy by Angostura is a rum released in 2012 to celebrate the 50th anniversary of Trinidad’s independence.

20 decanters of the drink were put up for sale at the celebration. The rums are aged at least 17 years.

If the sight alone doesn’t want to make you drink it, then knowing the ingredients will.

The glass comes with a four-carat ruby on top.

The Château d’Yquem produced by Bordeaux is one of the most expensive bottles of white wine ever sold.

The Penfolds Ampoule is regarded as the most expensive red wine in the world. Its hand-blown glass ampoule contains the Penfolds Block 42 Kalimna Cabernet Sauvignon 2004 and only 12 ampoules have been produced.

Furniture craftsman Andrew Bartlett designed and made the bespoke Jarrah cabinet, where the ampoule is suspended, and Australian designer-maker Hendrik Forster prepared all the precious metal detailing.

One of the other key features of the ampoule is that when the owner decides to open the wine a senior member of the Penfolds winemaking team will attend the opening.

The Armand de Brignac Midas is 30 litres of Champagne same amount of champagne as 50 other 750ml bottles do. Its volume makes it the largest and most expensive bottle of Champagne.

The bottle weighs 45kg, measures one metre in height, with a 30cm width and contains the equivalent of 40 regular-sized 75cl bottles.

The Dalmore 62 is not only expensive, but it is also rare. There are only 12 bottles of the 62-year-old whisky in circulation.

The exclusively handcrafted crystal-clear bottles of “Revelation by Bombay Sapphire” are adorned with sapphires and diamonds.

The flask itself is morphed into the shape of a giant gemstone. The inside brimming scotch has all the lethality to satiate the taste buds.

The brand started its rollout from the five major airports, diverting a considerable profit towards the cleft-surgical operations in developing countries.

The Diamond Jubilee is a whisky made to celebrate the 60th year of Queen Elizabeth II on the throne. The whisky is currently up for grabs for a sum of $200,000 in Singapore.

The rare scotch is nestled in sherry-seasoned oak casks from Spain.

In comparison, the dream flavour betrays flowing into the air, up towards clouds. Amazingly, all the sale profit is diverted towards the “provision of safe drinking water” – a noble cause.

Nonetheless, the 1945 Romanée-Conti defends the price bracket owing to the following justifications. The nectar comes up from the tranquil town of Vosne-Romanée, famous for its grandiose vineyards. Furthermore, a unicorn vintage is attached to the Romanée-Conti unobtainable wine. The closely-concentrated wine is produced in just a limited edition of 600 headstrong.

The scarcity and global thirst for Burgundy make Romanée-Conti a pretty solid choice even under a high-price tag. Finally, the immaculate storage for more than 75 years defends the investment and profit-taking by the brand.

This wonderful brandy is distilled from the nectar of coconut flowers and is nurtured for two years inside a Hamilla wood cask. With the subtle flavour of coconut, Mendis could provide limitless options to mix with the clear spirit.

The bottle, costing $1 million, is numbered and certified by the distillery founder; furthermore, the purchaser also gets a luxury international trip and personal security for the Mendis brandy.

Diva Vodka is made with natural spring water then distilled three times before being filtered through precious gemstones and diamonds. If that wasn’t enough, the vodka is poured into its bottle encrusted with Swarovski crystals.

Russo-Baltique Vodka costs a jaw-dropping $1.35 Million for a bottle.

The bottles come in a unique design of vintage automobiles, and each bottle top is made with 24-carat gold with inlaid diamonds.

The Cognac is aged for over 100 years and has been labelled “the DNA of Cognac”. But it is the bottle, which is dipped in 24-carat yellow gold and sterling platinum that gives it the US$2m price tag. That plus 6,500 diamonds.

The bottle is produced by Ley .925, who also created the world’s most expensive Tequila.

This bottle of tequila is reportedly still unsold. It producers claimed it has 6,400 different diamonds on the bottle to help to improve the flavour of the tequila, which is why it’s so expensive to buy.

Billionaire Vodka with a brand motto of “It’s good to be the king”, produces alcoholic drinks entirely by hand and completely on demand.

Each bottle is made with a top-secret Russian recipe and is made in small micro-batches to ensure exclusivity.

Each five-litre bottle is covered in 3,000 diamonds and Swarovski crystals and designed by Leon Verre.

The Isabella Islay Whisky is crusted with 8500 diamonds, almost 300 rubies and it is fashioned with the equivalent of two bars of white gold all covering a fine English Crystal decanter.
Each individual Isabella Islay bottle is crafted with hand to the wishes of the customer. 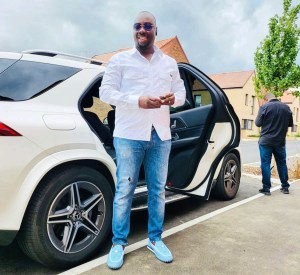