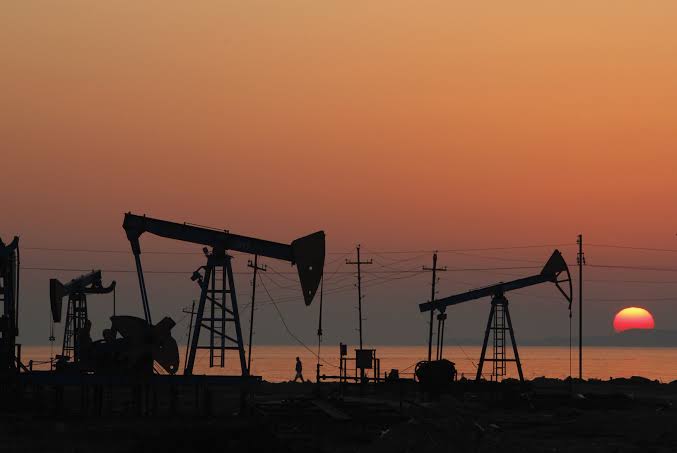 Last month, Anambra earned her first revenue as an oil producing State in Nigeria. The State received N268million as 13 percent derivation oil revenue. The news of the receipt was, however, bugged by controversies, but it was a welcome relief to the Prof. Chukwuma Soludo administration, which has been crying about paucity of funds.

Though the gate of oil revenue opened under Soludo’s administration, previous governments had worked towards actualizing it.

The journey towards making Anambra an oil producing State spans back to previous administrations in the State. The duo of former governors, Dr Chinwoke Mbadinuju and Dr Chris Ngige all have a hand in the journey. But many years after the duo left office, their successors have also done a lot of work to make the dream of the State come to pass.

In 2012, the State stood still when then Governor Peter Obi after extensive investment in the oil sector was able to pull then President Goodluck Jonathan down to Anambra to commission the Orient refinery.

Meanwhile, former Governor Willie Obiano, who hails from Aguleri community, the same area where the Anambra oil refinery is sited also contributed his quota through investments to improve the yield of the State in oil. In 2017, Obiano took his campaign for investment in the oil and gas sector in the State to Houston, Texas, in the United States while participating in the ongoing Offshore Technology Conference (OTC).

Obiano also used the opportunity of the visit to hold definitive discussions with prospective investors and technical partners of the then proposed Umueri International Cargo Airport in the Anambra East Local Council area of the State. He also went ahead during the early stage of the construction of the Anambra International Cargo and Passenger Airport to announce that the project would be an airport city (aerodrome), which will besides bringing in and taking out passengers, also host a maintenance section where planes would be serviced, and also an aviation fuel dump for the refueling of aircraft.

The idea behind these was to place the Orient Refinery in a strategic place to supply aviation fuel to aircraft. During the twilight of his administration, Obiano, having been satisfied with his investment in the sector, disclosed that the State would start receiving the 13% derivative as an oil producing State soon.

Obiano, who had spoken at a parley with journalists in Aguleri, Anambra East Local Government Area after a tour of the Awka International Convention Centre and Anambra Cargo and Passenger Airport, said he was notified by the Nigeria Midstream and Downstream Pricing and Regulatory Agency (NMDPRA) who had confirmed lifting of crude oil in commercial quantity in Anambra. He said Anambra had 15 oil wells with ENIYE 10940 Oil field operated by SEEPCO fully operational and wholly owned by the State.

The announcement had elicited applause for the then governor, but the prediction which was made in February 2022 did not come to pass, as Obiano later left office the next month. However, five months into the administration of his successor, Prof Chukwuma Soludo, the dream of making Anambra an oil State has been actualised.

This, however, did not come without misinformation. In July, there was news that Anambra has been approved by the federal government to receive its first oil revenue. This was coming at a time Soludo was crying about paucity of funds, to the point of approaching the State House of Assembly for approval to borrow N100billion. This was after a revised 2022 budget had been sent to the House.

The notice of Anambra’s inclusion for benefiting in 13% oil derivative was a welcome development, but some propagandists instantly stated that for the month of July, Anambra would benefit over N300billion.

Some Anambra people rejoiced over the development. Patrick Anasumba who commented on the matter said: “What God cannot do does not exist. Soludo who was asking for N100billion from Anambra Assembly to develop the State now has N300billion in his hands. I remember the first time Soludo attempted to be governor in 2010; he had promised to make Anambra the African Dubai-Taiwan. Maybe the oil revenue will help him achieve this.”

The bogus figure, however, turned out to be fake. In a later press release by the State government to set the record straight, Ifeatu Onejeme, Commissioner for Finance said: “The attention of Anambra State Government has been drawn by well-meaning Ndi Anambra and fellow Nigerians to several false and misleading stories circulating on some social and online media platforms about the 13% Oil Mineral Derivation Revenue received by Anambra State.

“This Press Release is deemed necessary in the public interest, in the spirit of full disclosure and in line with our principle of transparency, to address the deliberate misinformation and provide Ndi Anambra and the general public with the correct State of affairs.”

The state government clarified that it received N268million as July revenue.

“Anambra State officially started receiving mineral derivation revenue from the Federation Account in the month of July 2022 with the first net receipt of N268,232,939.16,” it said.

The effort was, however, attributed to a decade of hard work by industry experts from Anambra State in collaboration with past administrations.

Onejeme said: “Anambra State was officially recognised as a petroleum-bearing and Oil-producing State on July 27, 2021 by the Revenue Mobilization Allocation and Fiscal Commission at its 139th Plenary Session held on that date.

“The current administration of Charles Chukwuma Soludo, CFR, took up the mantle from there with massive follow up and collaborative initiatives with relevant Federal Government Agencies to achieve the eventual implementation of the decision. Ndi Anambra and the general public are therefore enjoined to disregard any other information about the amount of mineral derivation revenue received by Anambra State circulating in the social media, online media or any other media whatsoever and consider such information as FAKE NEWS.”

Though the misinformation about the actual amount received by the State diminished the joy previously heralding the commencement of payment of the 13% derivative to the State, the truth remains that at a time when the governor of the State is seeking every available revenue to turn around the fortune of the State, the inclusion would help mop up revenue.

A public affairs commentator, Uchenna Eze said: “It is really a good development for Anambra State that we have so far been designated as an oil producing State.

“The revenue that will accrue from it would help the governor to realize some of the promises he made to Anambra State. I will only advise that now that we have been designated as an oil producing State, we hope that the development of the State will be rapid.

“It is oil revenue that makes the likes of Rivers State and Akwa Ibom the very rich States they are today, which has heralded a lot of development. We are looking forward to the same.”

Meanwhile, there have been controversies over the real person that made the dream a reality. Some indigenes of the State expressed unhappiness about the press statement by Commissioner Onejeme, which attributed the possibility of the oil status to Soludo, whose follow ups made it possible.

But Eze said there was no need for argument over who made it possible, as the commissioner had also acknowledged the efforts of parts administration, when he stated that the oil producing status is as a result of hard work spanning previous administrations in the State.