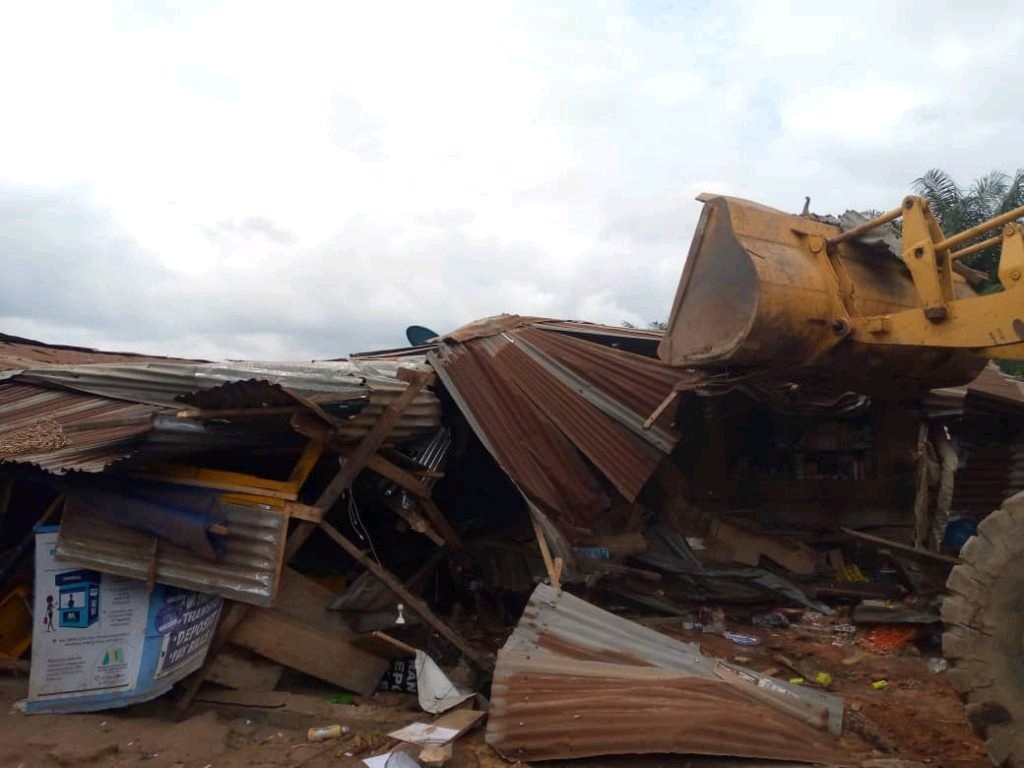 Anambra State Government has demolished the “Maja” slum located at Agu-Awka axis of the capital city.

A team from the Awka Capital Territory Development Authority, ACTDA, led by the Managing Director and Chief Executive Officer, Venerable Amaechi Okwuosa, carried out the exercise after due exit notices had been served residents of the area.

The “Maja” slum, according to government sources, had been illegally occupied by the exited occupants, prompting government to take precise action.

Speaking with journalists, the ACTDA boss, Venerable Okwuosa said that the slum and its vicinity had become notorious for so many deadly crimes, including armed robbery and drugs trade.

He said that the current administration of Governor Chukwuma Soludo is determined to sanitise the State, in the quest to achieve safe and liveable environment.

Venerable Okwuosa also stated that his office will not leave any stone unturned in helping to achieve the developmental goals of the present administration, beginning from the State’s capital.