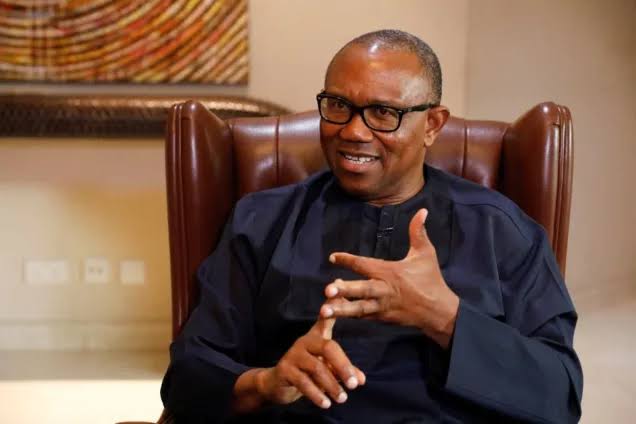 A new opinion poll on the fortunes of the candidates for next year’s presidential elections released on Thursday morning by ANAP foundation shows Peter Obi of labour party holding a significant lead over both Bola Ahmed Tinubu of the ruling APC and Atiku Abubakar of the opposition PDP.

In the nationwide poll conducted this month, Peter Obi stands at 21% while both Tinubu and Atiku are tied in second place with 13% each. Kwankwanso of the NNPP is at a distant fourth with only 3%.

ANAP foundation has traditionally organized political opinion polls ahead of each of the presidential elections since 2011 and are conducted by front line polling company, NOI polls. Thursday’s earthshaking poll results were released by ANAP’s founder Atedo Peterside.

He said this recent nationwide opinion poll was concluded in early September 2022 with each of the respondent asked the same question, “suppose the presidential election is being conducted today, who are you likely to vote for.”

According to a statement personally signed by Peterside, “the poll revealed a substantially close race between Mr. Peter Obi of Labour Party (LP), Asiwaju Bola Ahmed Tinubu of the All Progressives Congress (APC) and Alhaji Atiku Abubakar of the People’s Democratic Party (PDP).

“Running significantly behind the leading pack is Dr. Rabiu Kwankwaso of the New Nigeria Peoples Party (NNPP) who is the lone outsider. All other contestants polled results that are statistically insignificant.

“Mr. Peter Obi’s 8 percentage point lead at this early stage is significant, but not sufficient to separate him completely from a leading pack of candidates scoring 21%, 13% and 13% respectively.

“Undecided voters and those who prefer not to reveal their preferred candidate add up to a whopping 32% and 15% respectively. The gender split of undecided voters shows that 39% of women are undecided versus 27% of male voters.”

Furthermore, the data from the wide-ranging poll summarizes top five reasons why voters are more inclined to vote in the forthcoming elections, these include: – the need to tackle insecurity (45%), the Economy (20%), Education (9%), Unemployment (7%) and Poverty alleviation (4%).

According to the results, 46% of the respondents said they want to see their preferred presidential candidates participate in a televised interview and/or debate, with the interview/debates spanning across topics like their party manifestos, issues of Security, Economy, Education, Job Creation, Healthcare and Agriculture amongst others.