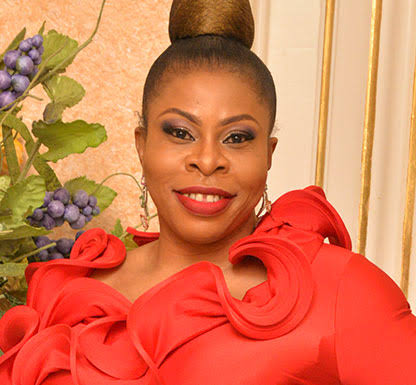 The manufacturing sector in the South East is set to receive a major boost as the Executive Director, Dozzy Group, Lady Ada Chukwudozie will on Thursday emerge chairman, Manufacturers Association of Nigeria, MAN in the region.

Already the best of the best in the Association drawn from Anambra, Enugu and Ebonyi states are expected to converge at the Bon Hotel Sunshine located at Presidential Road, Enugu to witness the epoch making event slated for 6pm and strictly on invitation.

Besides, many eminent players in the sector invited to the hand over/ dinner ceremony have confirmed their participation at the occasion even as they expressed hope that her assuming the mantle of leadership would herald a new dawn for the Association.

The MAN was formed to ‘’promoting the manufacture of high quality finished medical products and raw materials with Good Manufacturing Practice (GMP); improving the standard of Pharmaceutical Manufacturing in Nigeria; creating a forum for interaction and understanding between PMG-MAN and other stakeholders
in the Industry amongst other objectives.

Described as a very warm, humble, hard working and God fearing woman born into the family of late Nze Humphrey and late Mrs. Keziah Okonkwo, of Aku village Ezinifite in Aguata Local Government Area of Anambra State, Mrs. Chukwudozie, who is the incumbent vice chairman of  MAN is the only surviving child of her parents.

A United Nations, UN, Ambassador of Peace and a fellow of the Institute of Directors Nigeria (IOD), she is the publisher of Vogue Afrique and former Board member Federal Polytechnic Oko (2018-2020).

A woman with a heart of gold, she graduated from Institute of Management and Technology from the Department of Chemical Engineering with Upper Credit and holds a postgraduate diploma and Master’s Degree in Business Administration from Nnamdi Azikiwe University, Awka and the Lagos State University, LASU respectively.

She also holds various diplomas in Mandarin from Chinese Cultural University and Taipei Language Institute in Taiwan, and in Law from LASU as well as undergone several trainings within and outside the country in Oil Trading, Entrepreneurship, Leadership & Governance from the University of Pittsburgh in Philadelphia, USA and Lagos Business School.

In recognition of her enormous contributions to the development of the Nigerian society, she has been honored with many awards including a doctorate degree in Arts (Doctor of Arts Honoris Causa) from European American University  CommonWealth of Dominica  by the President of the University, Prof John Kersey on July 11 2009 in the University of Lagos, UNILAG.

The incoming MAN chairman who believes in the principle of doing good at every opportunity life presents and the Law of Karma, has a passion for  the less privileged indigent people especially widows in the rural communities.

This perhaps explains her decision to establish a non-governmental organization, NGO known as Association of Profession Women on Rural Development , PWORD aimed at making these women become self reliant and financially independent. She is happily married to Sir Daniel Chukwudozie, CEO, Dozzy Group who hails from Okija  in Ihiala Local Government Area of Anambra State and they are blessed with children including Forbes 30 under 30 in Africa nominee for the Class of 2022, Sandra Chukwudozie.