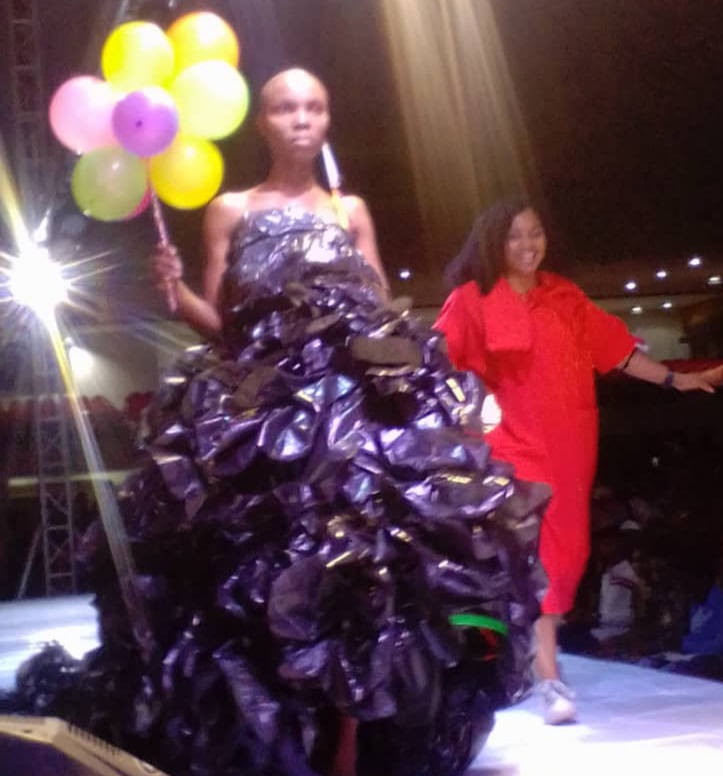 It was glitz and glamour at the International Convention Center Awka on Friday 16th September, 2022 as the daughter of the Executive Governor of Anambra state, Adaorah Soludo organised the very first fashion show in the state which brought designers and models from far and near, who displayed as well as showcased the richness and cultural heritage inherent in the Akwuete local fabric. It was indeed a display of coats of many colours as dress makers and fashion designers within and outside Anambra made eloquent statements through local designs that indeed there is something very unique and distinct about Igbo culture especially as it relates to traditional attires.

The very colourful event which had in attendance the state governor Professor Charles Chukwuma Soludo, the Deputy Governor Dr. Onyekachukwu Ibezim, the Deputy Speaker of the Anambra State House of Assembly Rt. Hon. Dr. Paschal Agbodike, the Secretary to the State Government Prof. Solo Ositadimma Chukwulobelu, members of the state legislature, members of the State Executive Council, the Anambra State Association of Town Unions (ASATU), members of the Actors’ Guild of Nigeria, members of the National Youth Service Corps (NYSC) and a host of other segments of the society, was an occasion to appreciate local contents. Poetry renditions, cultural dance performance, stand-up comedy, musical interludes and the fashion parades were series of events at the maiden fashion expo that added spice and razzmatazz.

The Commissioner for Culture, Tourism and Entertainment, Mr. Don Onyenji said the fashion show was a display of the celebration and propagation of the rich cultural values and potentials in Anambra state. Onyenji said it was the first time such colourful fashion show was organised in the state, adding that the Ministry of Culture, Tourism and Entertainment has similar programmes for the rest of the year. The Commissioner said Arts and Culture festival, Iriji festival, masquerade festival and a lot of other festivals are coming up before the end of this year. Meanwhile, Mazi Ejimofor Okpara who is the Head of Operations Anambra Fashion Expo 2022, who also doubles as the Senior Special Assistant to Governor Soludo on New Media, disclosed that Anambra Fashion Expo was a dream come true because according to him, the governor’s daughter Adaorah Soludo has been into fashion for over a decade and equally had the passion to announce her brand embedded in culture and ethical values.

Mazi Ejimofor Okpara also said that Governor Soludo was passionate in promoting the local Akwuete fabric and has clearly shown that in making Akwuete his official dress as governor. He said the Akwuete textile was something that is indigenous and should be celebrated with every sense of pride as Igbo people and Ndi-Anambra in particular. Again, Mazi Ejimofor Okpara noted that fashion is dynamic; that he is one of those who believes in positive cultural intrusions. That irrespective of the influence of western cultures, indigenous local fabrics still remain our own heritage from time immemorial, adding that the fashion show would be sustained to discover and promote local designers. On his part, the Special Adviser to Governor Soludo on Youth Empowerment Programmes, Dr. Nelson Obinna Omenugha said the fashion show featured youths who are very passionate in their various endeavours in the fashion industry. Omenugha noted that the fashion exhibition showed that Anambra youths are very industrious and enterprising, describing the event as a perfect time for not just to celebrate themselves but to tell the world that youths are in the frontline to make sure that Made-In-Anambra products are sold to the world.

He also revealed that plans are underway to organise technology festival for young people in technology and that Anambra youths would be sold to the rest of the world. That there are action-pact programmes that youths will not only benefit from but would be used to tell the Anambra side of the story. Some of the designers and models who spoke on the occasion, concurred that indeed Anambra state is blazing the trail in the promotion of local fabrics. One of the designers who is the Managing Director TNMAX Garments Industries based in Oba Idemili-South Local Government Area, Mr. Deji Ibikunle said they were at the fashion expo to showcase hotel uniforms, casuals and office wears. He said there was need to patronise made in Nigeria products. He said people should buy locally made fabrics because they are very good, durable and affordable. Another designer Mr. Kelechi Emmanuel, who is the Creative Director of KK West Fashion based in Aba Abia state, said the Anambra maiden fashion expo was a good platform for fashion entrepreneurs to showcase their products as well as build the ecosystem of Nigeria.

Emmanuel Odinaka one of the models and whose modelling outfit is based in London, said the Anambra Fashion Expo maiden edition was top-notch. He said he expects more from the organisers to sustain the tempo created with the first edition. Also another model Mr. Kenechukwu Ekpechi from FX Models Nigeria described the fashion show as a mind-blowing experience and a platform for all models to showcase themselves to the world. Ekpechi said from what he saw, Anambra state is indeed promoting local fabrics because the designers according to him, were challenging and their designs were awesome. Sophia, a model from Baseline Model Management Enugu, said the fashion show has lots of sweet memories begining from their camping to the fashion show proper, adding that the whole event really promoted Igbo culture and traditional values judging from the designs models displayed on the occasion.

Furthermore, the State Commissioner for Youth Development, Mr. Patrick Aghadinuno Mba, said the fashion exhibition was the first of its kind in Anambra state and that it was a kind of encouragement to the young people to patronise made in Anambra products. Mba thanked Governor Soludo for creating the atmosphere for talent discovery; that the governor is youth-friendly and always thinking about the future of Anambra youths. He however expressed gratitude profound to the organisers of the Anambra Fashion Expo 2022, saying that the first outing was very encouraging and that the Ministry of Youth Development would partner the organisers to further encourage them to grow and expand their frontiers towards the realisation of a liveable, lovable and prosperous Anambra state for all and sundry. 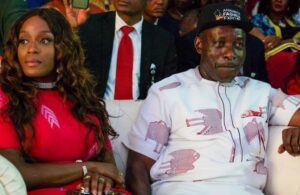 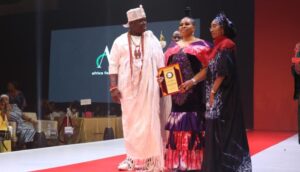 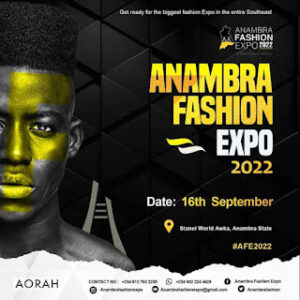