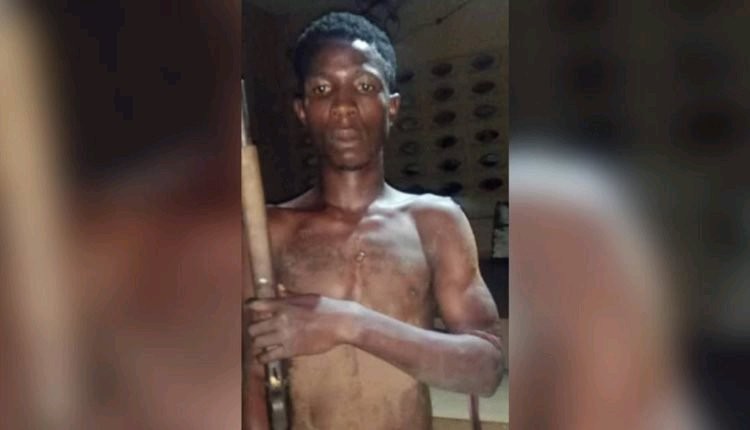 Operatives of Nigeria Police attached to Obosi Divisional Headquarters of Anambra State, in conjunction with the members of the Vigilante group Obosi, has arrested Mr. Izunna Ifeobu aged 21years on his way to the initiation ceremony of his cult group on September 12, 2022.

Izunna, a native of Ugamuma village Obosi, belonged to the Bagger cult group and was arrested with one cut to size single barrel gun concealed in a bag.

According to the Police spokesman, Ikenga Tochukwu, a Deputy Superintendent of Police,  the arrest was made following information received on September 9 that a cult group had a meeting scheduled for that date.

Izunna was arrested at eke Obosi, by Obosi/Nkpor road where he confessed to being a member of Baggers confraternity and was on his way to the initiation ceremony.

According to Ikenga, other gang members of the cult group on hearing of the arrest fled the venue of the initiation meeting.

The Commissioner of Police Echeng Echeng has directed that the case be transferred to Anti- Cult formation of the Police Command for discreet investigations.

Meanwhile, efforts are on to arrest other members, according to Ikenga while
further development is being monitored.