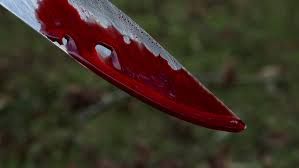 A young man said to be the only son of his parents has allegedly killed parents in Nnewi, Nnewi North Local Government Area of Anambra State ANAMBRA PEOPLE reports. The suspect, whose identity could not be ascertained as
of press time, reportedly fled after the alleged crime.

The decomposing bodies of the deceased were discovered in their room on Thursday night by their neighbours who perceived the offensive odour oozing out from their apartment. They also reportedly alerted the police about the ugly development.

Police Public Relations Officer in the state, DSP Toochukwu Ikenga, confirmed the sad development, saying that the Commissioner of Police, Echeng Echeng, has ordered investigation into the dastardly act. He also said that the command has equally launched a manhunt for the suspect.

“The Commissioner of Police, CP Echeng Echeng while describing the discovery of the already decomposing dead bodies in an apartment in Nnewi on 22/9/2022 at about 5:20pm with machete cuts, as an act of man’s inhumanity to man.

“He has ordered an immediate manhunt of the suspect. He further directs immediate transfer of the case to the State Criminal Investigation Department for discreet investigation.

“Meanwhile, the decomposing bodies have been recovered and deposited to the morgue”, the police spokesperson said.