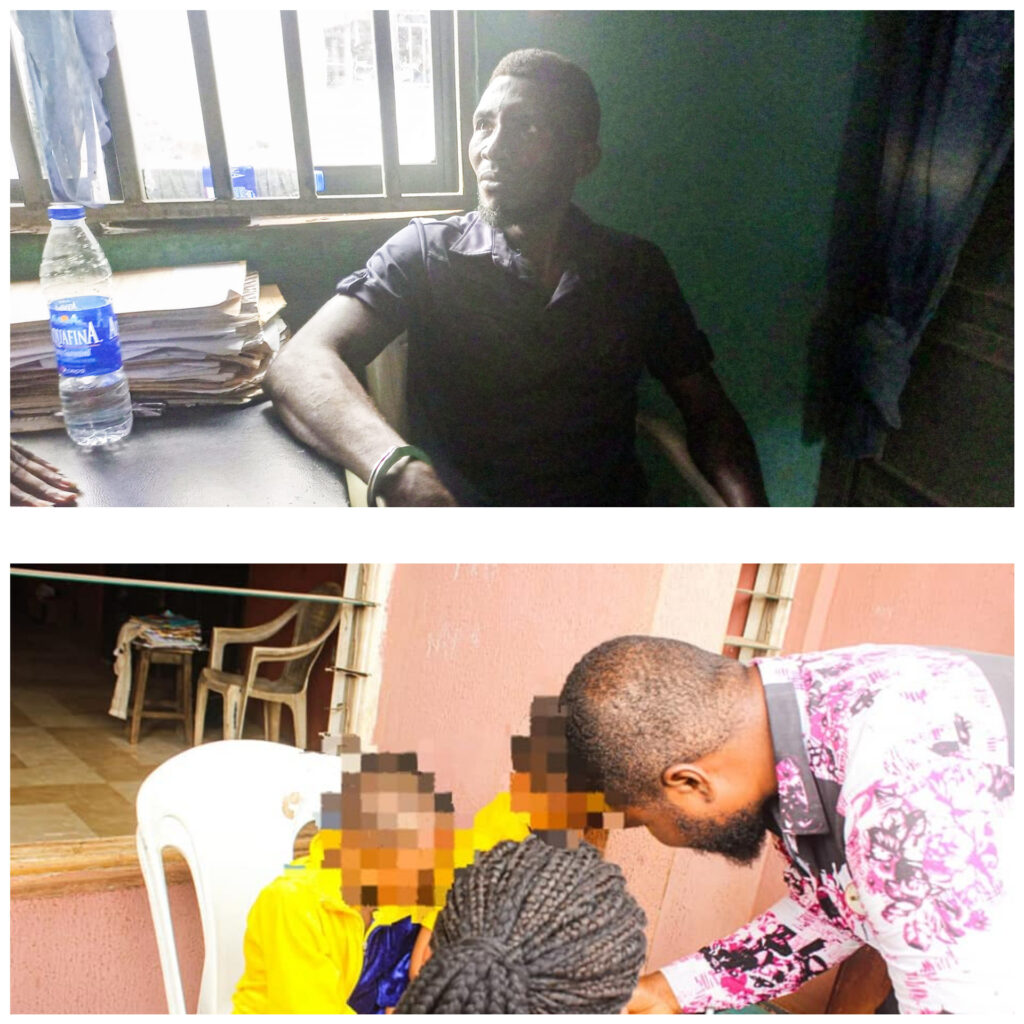 The suspect, who is resident in Abagana, Njikoka Local Government Area of the state, was arrested on Wednesday, October 19, 2022, after a whistle blower reported the incident to the Anambra State Ministry of Women and Social Welfare.

Upon receiving the complaint, the Commissioner for Women and Social Welfare, Hon. Ify Obinabo, through her Sexual and Gender Based Violence Response team quickly informed the NSCDC and investigations began.

In the course of the investigation, the children were rescued by the intelligence Unit of NSCDC and the suspect arrested.

It was gathered that the suspect has allegedly been molesting the children since 2020 after he sent his wife out of the house due to marital issues.

Nwobi has been detained for child molestation, abuse and would be charged to court on completion of investigation.

The children were first taken to Ntasi Centre in Enugwu-Ukwu where a doctor on duty confirmed they were defiled.

As at when they were brought to the hospital, there were fresh bruises, swelling on their private parts.

The children confirmed that they were constantly molested by their father and pleaded not to be returned to him for fear of being punished.

Addressing the issue in her office in Awka, the commissioner said she’s charging both the man and his wife to court and will not leave any stone unturned.

Upon interrogation, the father denied the allegation, claiming he was not aware that his children were being defiled by anyone let alone him.

He further threatened to deal with whoever made the report.