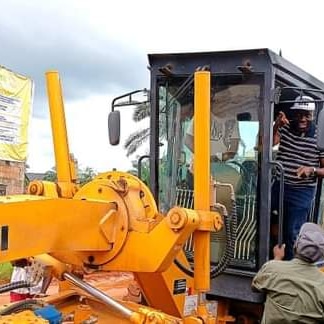 Governor Chukwuma Soludo says his administration is constructing stone based Roads with cement stabilization and moisture content, a quality he said has never been seen before, ANAMBRA PEOPLE reports.

Soludo who disclosed this to newsmen maintained that it is not proper to apply asphalt on roads during the rainy season adding that from next month more road re-construction will commence.

The Governor equally stated that work has commenced on fourteen kilometre road in Okpoko, Ogbaru Local Government Area, as well as the Akpaka to Nsugbe and the decongestion of Three-Three axis.

He maintained that any road project inaugurated for re-construction by his administration must be properly inspected to ensure that Ndi Anambra gets the value for their money.

The Governor said that all the roads awarded by his administration have various timelines, pointing out that they will be completed before the end of his first year in office.

The Governor said that the second phase of the road re-construction project will experience the inauguration of one hundred kilometres of roads in different parts of the State by the end of next year, and called on Ndi Anambra to continue with their support and prayers to his administration.

On security of life and property, Governor Soludo disclosed that his administration is encouraging various communities to invigorate their local vigilante for useful information that will help the government nip crime and criminality in the bud.

He said that Ndi Anambra employed him to secure lives and property adding that the government will do all it can to ensure that the State is safe and conducive for business transactions.

Governor Soludo called on the people of the State to always pay their tax and levies promptly to enable the government serve them better.