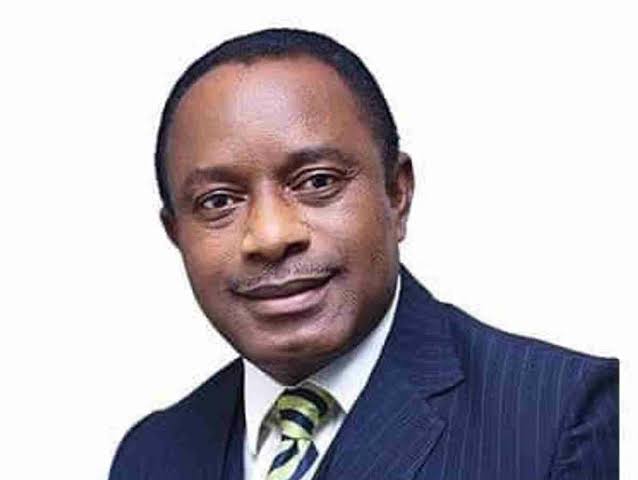 An industrialist, Mr. Afamefuna Mallison Ukatu, the Managing Director /CEO of Mallison and Partners, who has been in detention since April 13th, 2022 has finally regained freedom, ANAMBRA PEOPLE reports.

Ukatu regained freedom weekend after meeting the bail condition granted him by Hon. Justice Lifu of the Federal High Court sitting in Lagos.

Confirming the development, lead counsel to the business mogul, Victor Opara (SAN) praised the leadership of NDLEA for obeying the court directive granting Ukatu bail, saying that by this action the drug law agency has proved it’s a law abiding organisation.

According to him; “Around 4:00pm on Friday, Mallinson Ukatu, my client regained freedom. Recall that he was rearrested and detained after being granted bail by the Federal High Court.

“We applied to the NDLEA Chairman for bail on behalf of our client chronicling a legion of reasons why he should be let go having been admitted previously to bail by the Federal High Court, Lagos .We also politely and constructively engaged NDLEA and assured the NDLEA that Mallison Ukatu is not a flight risk and will attend court and face trial. The NDLEA Chairman, Brig. Gen. Mohammed Buba Marwa (rtd.) OFR, reviewed our application and was favourably disposed to same.

“He, consequently, directed that my client be admitted to NDLEA administrative bail. I commend and salute this exemplary display of effective leadership initiative. It is truly worthy of commendation.

“We must thank the Chairman of NDLEA for considering our application and towing the path of justice and respect for human right. This is to say that NDLEA is a very responsible organization and also being headed by a responsible and diligent Chairman. I have confirmed to you that Mallinson has been released and has reunited with his family and there is a lot of happiness going on in the family at the moment.”

Concerning the recent news of 103 accounts and N20 billion allegedly frozen, Opara stated, “I have not seen any court order to that effect. I am not aware of N20 billion being frozen, but I am aware that some of his account have been restricted for the cause of NDLEA usual investigation. I don’t know anything about this N20 billion and the 103 accounts. I have not been served with any court process, but as event unfolds, we shall find out the source of the information. But I can tell you authoritatively that no such order has been served.”

When contacted, Mrs. Chinelo Ukatu, the wife of the detained businessman confirmed the release but declined permission to speak with Mallinson stating that he is not feeling too strong having been incarcerated for 200 days. She argued that he needs rest and comprehensive medical check.

She, however, confirmed he was released on bail from NDLEA detention Camp on Friday 28th October, 2022 by 4:00pm.

She noted that the husband has reunited with the family, thanking God for the release of her husband after six months in detention.

Recall that Mallinson has been in detention since April 13th, 2022. He was later arraigned at the Lagos Judicial Division of the Federal High Court of Nigeria on a three count charge of unlawful trafficking in 322 Kilograms of Tramadol in a Charge No: FHC/L/159C/2021.