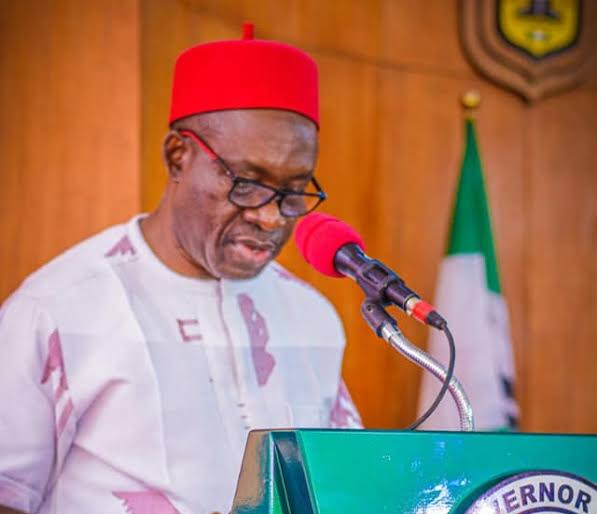 Governor Chukwuma Charles Soludo has assured the people of Obosi that the Ugwuagba-Mgbuka-Obosi Road will be completed and ready for use in ten months time. The road is equally guaranteed to last 20 years.

The road has 6 inches and 8 inches cement stone base, culverts, drainage and a guarantee of 20 years by the Contractor and Consultant.

According to the signed contract, the road will be completed in ten months time.

Governor Soludo gave the assurance during the official flag-off of the road project.

The Governor who harped on the population strength of Idemili North, lamented that all these years, no good road has been done in the area.

He revealed that Obosi is too big and Idemili North is large in numbers, depicting Obosi as the largest single ward in the entire country.

He commended them for their votes in the last election, charging them to use their population size to vote for APGA in the forthcoming national election.

The Governor disclosed that Idemili North and Awka have a large number of appointees in his government which includes; the Commissioner for Works who is a son of the soil, Secretary to the State Government, 3 Special Advisers and many more.

Presenting Hon Ifeanyi Arthur Chiekwu (MoneyMan), APGA Candidate for Idemili North, Anambra House of Assembly to the people, Soludo urged them to vote for him including those going for Federal House of Assembly and Senate.

Concluding, the Governor stated that the contractor has been paid 50% upfront for the road construction and will be paid the remaining once the road project is completed.

The Commissioner for Works, Engr Ifeanyi Okoma explained that the road being constructed is 7.798 km which would be an easy access to Mgbuka and Owerri road.

The Transition Committee Chairman for Idemili North, Mr Chuks Igboanua, said the people are happy and appreciative to Governor Soludo, who has been largely described by majority of Ndi Anambra as a “Workaholic Governor”, who has restored security and providing road infrastructure all over the state.

The TC chairman further said this is the first road Governor Soludo is flagging off in Idemili North and assured him that he has the people’s support in all he is doing.