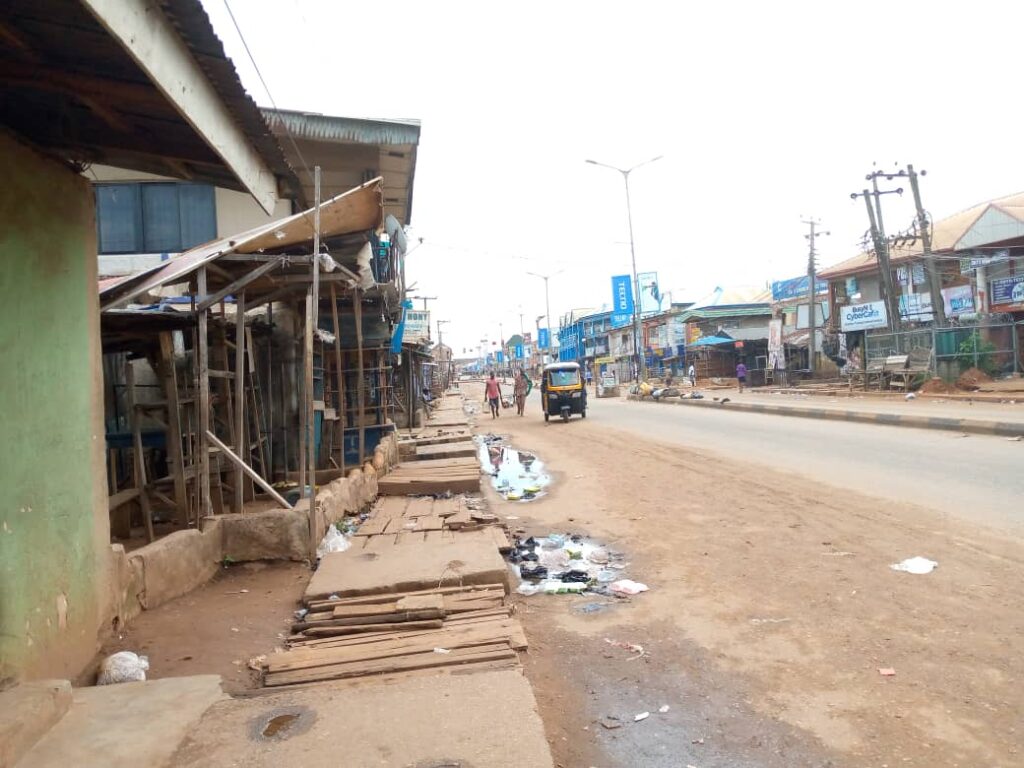 Normalcy is gradually returning to Onitsha and its environs, Anambra State, as residents trouped out as early as 9am on Monday sit-at-home, to attend to some bothering issues even as some opened their shops in the streets without fear of molestation or attack by street urchins who normally claim to be Indigenous People of Biafra, IPOB members.

Some major roads that were always deserted during Monday sit-at-home exercise, were seen partially busy with activities that included, artisans, hawkers and motor mechanics working on vehicles in their work shops

Mini markets, especially those in the interior were all opened for patronage, even as tricycles and some buses plied the roads without fear of attack by miscreants.

Reacting, a food vendor in Onitsha, Mrs.Nneka Osodieme, told this correspondent that she sold all the eatables that she came out with and attributed it to the good turnout of people on the Monday sit-at-home.

“Before, I hardly sell the entire food I would come out with, but today, Monday, before 2pm, I finished all the food and some people asked me why I came out with small quantity of food.

“I anticipated that more people would come out today because IPOB has no business again with Monday sit-at-home order and Governor Charles Chukwuma Soludo, I learnt, is hunting for those who are enforcing a non-existent sit-at-home order,” she hinted.

At Nkpor junction, Idemili North Local Government Area, the mini market there was seen bubbling with beehive of activities and commercial buses were not left out as they lined up at the bus-stop in wait for passengers.

A commuter bus driver, who simply identified himself as Okoli, said that he plied Nkpor to Bridgehead market without molestation from anybody.

“I am happy that nobody disturbs us on the road now from Nkpor to Bridgehead market. We have passengers but not to full capacity but it is still okay than before. Let the big markets open so that business activities will commence in earnest.

“Until the big markets like Onitsha Main market, Ogbaru Relief market, Oseokwodu, New Auto Spare parts market, Ochanja, among others reopen, business activities will still not be more than they are now” he stated.

Reacting, a civil servant at Nnewi, who pleaded anonymity stated that people now go out to do one thing or the other without molestation now but warned that until shops, markets, courts, banks, among others were reopened, the entire community would still remain partially busy.

“Without the shops, markets, schools, courts, banks, among others, reopening for business activities, the entire place will still remain partially busy.

“As a civil servant we are also affected by the sit-at-home order that somehow has disappeared, even if some miscreants wanted to enforce a non-existent order, people now come out to do one thing or the other unmolested,” he said.

Meanwhile schools, markets, courts, banks, offices, among others still remained shut as at the time of filling this report.