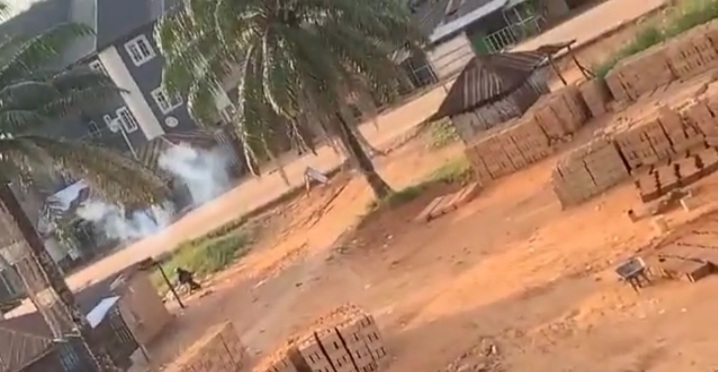 According to an eye witness report, unidentified armed men with automatic rifle who came in a Toyota sienna vehicle and motorcycles engaged the security forces in a shootout in the university town that lasted for several hours.

The issue of insecurity in Uli and Ihiala local government has become a matter of grave concern to all and sundry. The security situation in the local government area has caused massive exodus of indigenes and well-to-do individuals from the town. It has equally affected the school community as students and lecturers are now living in fear, a situation which has affected the once school environ.

As at the time of filing this report, the identity of the armed men still remains a mystery and no casualty was recorded.