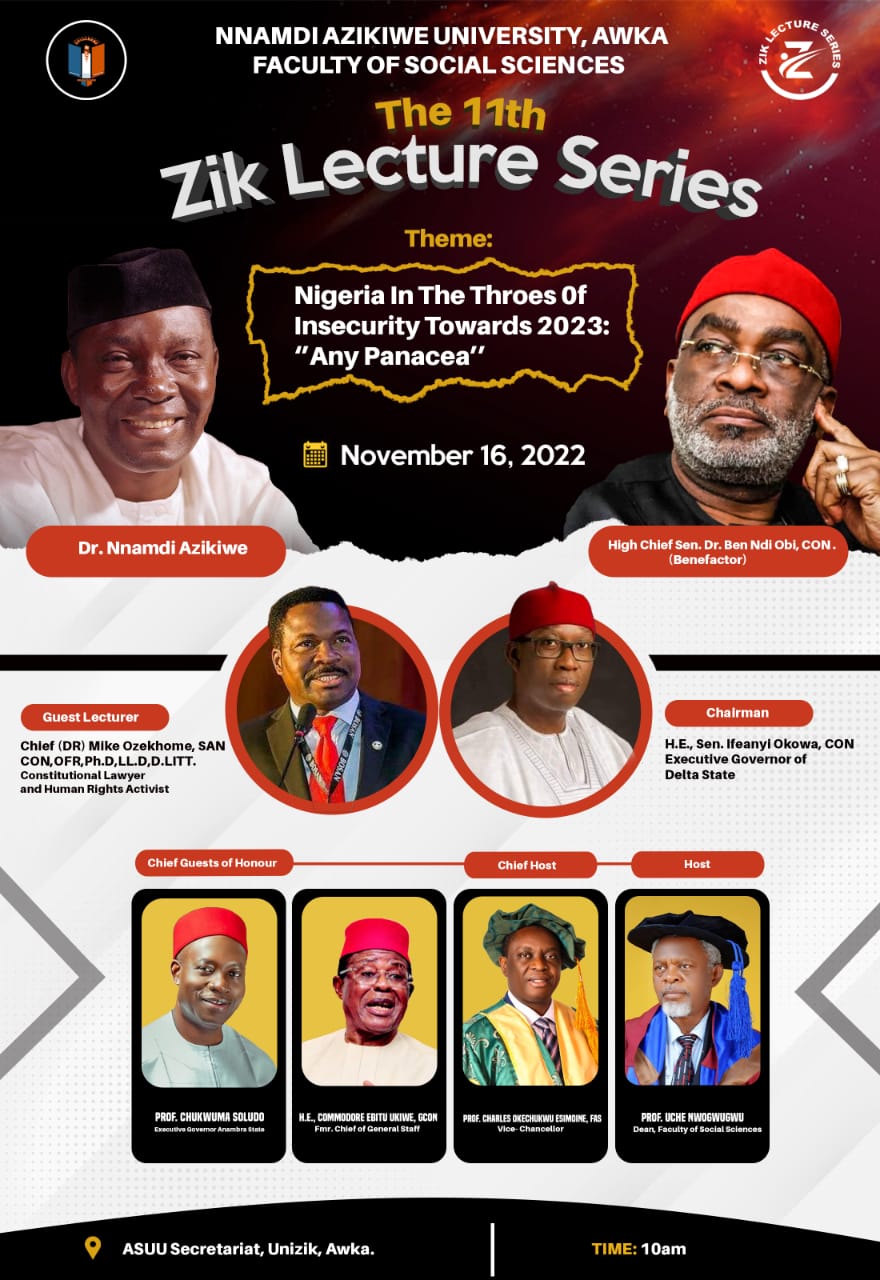 All is set for the 11th Zik Lecture Series themed: Nigeria in the Throes of Insecurity Towards 2023: Any Panacea?

The overarching goal of the Lecture series is to serve as a catalyst for stimulating Intellectual engagement on critical issues confronting Nigeria, Africa, the black man and humanity as a way of keeping Zik’s values and contributions to national and African development, permanently ingrained in our memories.

The guest lecturer for the 11th lecture is a foremost constitutional lawyer and human rights activist, Chief (DR) Mike Ozekhome, SAN, CON, OFR under the chairmanship of His Excellency, Governor Ifeanyi A. Okowa , CON, Executive Governor of Delta state.

The event is slated to hold on Wednesday, November 16, 2022, at the ASUU secretariat, UNIZIK, Awka by 10am.

Save the date and make it a duty to attend this epoch event in honour of the Great Zik of Africa!!!