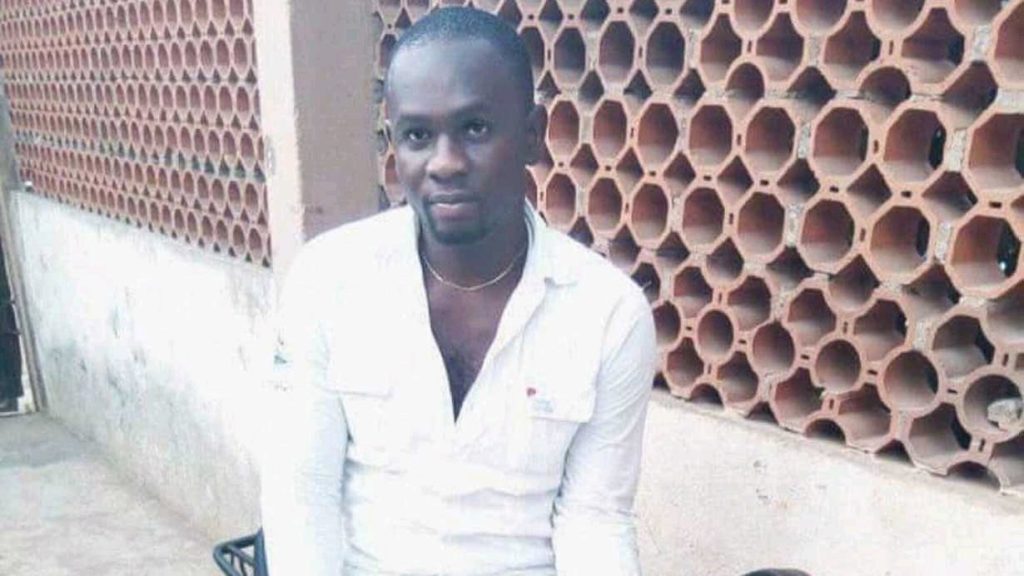 The family of Okafor Martins, 36, who was gruesomely murdered on March 16, 2021 at Uruebo village in Oyi Local Council of Anambra State, has called on the Police to ensure that justice is served and the killers of their son brought to book, ANAMBRA PEOPLE reports.

The deceased, who was survived by parents who are over 80, was abducted by suspected thugs. He was taken to an unknown destination and was later stabbed to death while begging his killers for mercy.

According to eyewitnesses, the late Martins was in his uncle’s compound when suspected thugs invaded the compound at about 10:30a.m. with sporadic shootings and abducted him in the absence of his uncle, who later arrived from a journey about an hour after.

The uncle, Mr. Francis Okafor recounted that upon his arrival, he was told that a group of violent thugs invaded his compound and abducted his nephew.

“While I was trying to figure out what could have gone wrong, the group resurfaced in a commando style and started shooting.

“When they left, I was prompted to go to the Police division at Nkwelle Ezunaka in Oyi to report the matter.
“ The DPO told me he was aware of the issue, but would not want to have anything to do with the matter,” he said.

Also, Mr. Okafor, stated that an eye witness narrated to him that the thugs tied his nephew’s hands and stabbed him twice on his neck before he died.

He alleged that the same leader of the thugs who earlier abducted him, masterminded the killing of his nephew and deposited his dead body at Wisdom mortuary Awkuzu in Oyi Local Council.

Mr. Okafor said on noticing that his nephew had been murdered by the thugs, he reported the matter vide a petition to the Commissioner of Police, Anambra State and the commissioner subsequently moved the case to the Homicide section after carrying out arrest of some suspects.

Amazingly, Mr. Okafor said while the matter was being investigated at the Homicide department, the chief suspect transferred the case from the CID Awka to the Monitoring Unit, Force headquarters, Abuja.

According to Okafor, several letters were written to the Inspector General of Police for the matter to be investigated properly before it was transferred to the police zonal headquarters, zone 13.

“The case file again was taken back to Abuja by some police officers suspected to be frustrating the matter because of some financial inducement by the prime suspect.

“The suspect boasted before me and others that they have suppressed the matter because they have the wherewithal to do so.

“We are appealing to the Police Service Commission and the IGP to order for a thorough investigation and allow justice to prevail.”

Also, the immediate younger brother to the deceased, James Okafor, pleaded with the police to ensure that investigation is conducted fast, for them to bury him. “We can no longer pay the mortuary bills. We want justice,” he pleaded.

For Anthony Okafor, the eldest brother of the deceased, the case must not be swept under the carpet. Everyone involved must be brought to book.

“My whole family is under threat by the people who feel they are very powerful and can do anything because they are politicians.

“ We appeal to the IGP to wade into the matter. Our parents are in their late 80s, the trauma is creating serious health challenges to them. Almost two years now, their son is still in mortuary,” Anthony lamented.

When contacted, the Police spokesperson for the Force Criminal Investigation and Intelligence Department( FCIID) Abuja, Superintendent of Police (SP), Funmi Eguaoje, said the legal department is working on the case file as the autopsy report is being awaited.

Funmi also stated that the prime suspect was still in custody, while four other suspects earlier released are on bail.