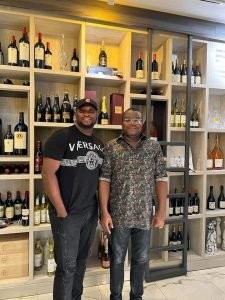 Nigerian socialite ,Obinna Iyiegbu, known as Obi Cubana will any moment from now announce a partnership deal between his company, the Cubana Group, and one of Nigeria’s biggest independent food and beverage company , known as Tiger Foods Limited, ANAMBRA PEOPLE reports.

The two brands share similar stories in many ways, one of which is that they both started very small and went from modest, humble beginnings to the giants and behemoths that they are today.

So the partnership will entail Obi Cubana using his highly popular distribution channels which include Cubana lounges and clubs to distribute Tiger range of wines and drinks.

Just like Obi Cubana broke the internet and hacked the marketing distribution with his Odogwu bitters drink; the same is expected to happen with the Tiger range of wines and energy drinks once the partnership becomes official.