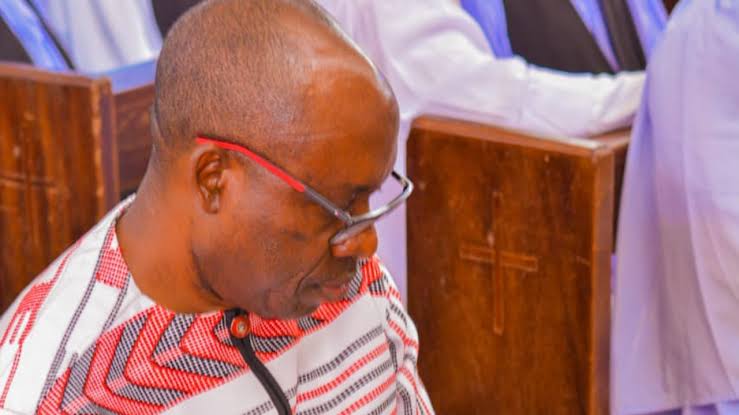 The prophet said many of Soludo’s aides including himself may either be seriously wounded or die in the convoy attack.

He added that Soludo would seriously need prayers to avert total failure of governance in his state.

Speaking on listed items in his annual “Warning to Nations,” Primate Ayodele disclosed that the governor of Anambra State, Professor Charles Soludo needs urgent prayers because of the numerous costly “mistakes,” that line up his administrative highway in the years ahead which would expose his government as failure.

He noted that the administrative failure of Soludo would negatively dash hopes and aspirations of not only Anambra voters but investors and other key business players in and outside the country.

“The present governor {referring to Anambra}, despite his efforts, will make mistakes and must be careful so that he will not fail,” the Primate disclosed.

Further, Primate Ayodele emphasized that governor Soludo will do well if he is allowed to govern “Without interference.”

The interference, according to the man of God would emerge from political angle, a development that would destabilise the State and make it ungovernable adding that there would likely be attack on the governor’s convoy where many of his aides including himself may either be seriously wounded or die.

On the political disability, Primate Ayodele identified 11 local government areas in the State where there would be political upset that will culminate into unrest and subsequent failure of Soludo’s government.

“His efforts will not be appreciated and he must be careful not to have issues with his deputy and some politician. I foresee they will want to sabotage his political efforts,” the Primate disclosed.