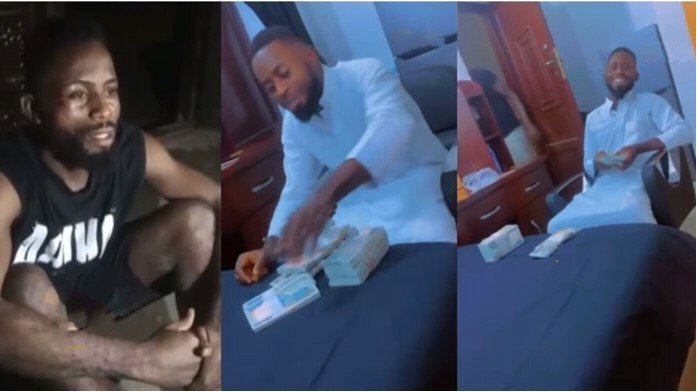 A 400-level student of Nnamdi Azikiwe University (UNIZIK), Awka has been arrested for allegedly masterminding the abduction of his best friend.

The Anambra State Police Command, in a statement on Tuesday announced the arrest of Ndome Godsent Ogar.

A video making the rounds online shows Ndome being interrogated about the criminal activity. He confessed that his gang demanded a N4million ransom, which was paid.

The suspect also reportedly kidnapped a primary one pupil in Umuanuka Otolo Nnewi and a ransom of N700k was paid before the child was released.