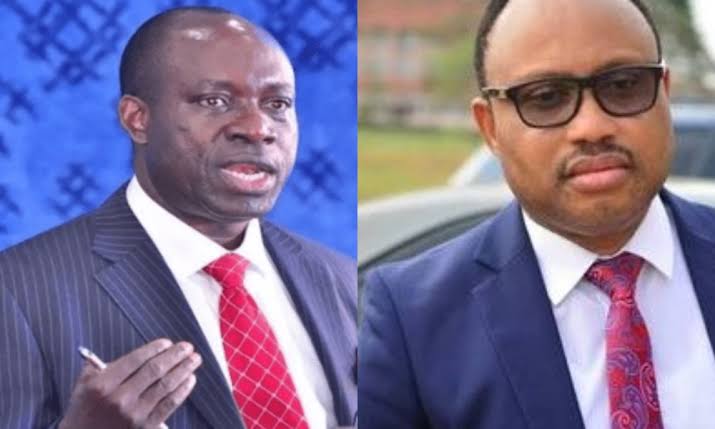 Governor Chukwuma Soludo of Anambra has passed a vote of confidence on security agencies for setting up checkpoints around the state, in contravention of his deputy’s recent stand on road blocks, ANAMBRA PEOPLE reports.

Mr Ibezim had during the statewide traffic control tour said it was unacceptable to the government that the motoring public would spend a long time and burn petrol on traffic because of artificial gridlock caused by soldiers.

But in a statement by Chief Press Secretary Christian Aburime on Wednesday, Governor Soludo said “until the insecurity situation comes down to near zero, we will continue to have the roadblocks in place.”

He alleged that criminals wanted the security officers to leave the roads, but his administration would ensure they remained with more support for more effectiveness.

Mr Soludo further called for more security checkpoints to be set up around the state, saying that they were critical in restoring peace and order in the state.

“In normal circumstances, these roadblocks wouldn’t have been needed, but this is what we brought up on ourselves; our people took up arms in the bushes since they have decided to operate in an abnormal way, and we now need an abnormal solution,” a part of the statement read.

“I want to commend all the armed forces who put their lives on the line to have our people sleep with their two eyes closed; we will continue to strengthen them and make them even stronger to keep our people safe and secure.”

Mr Soludo felicitated the Anambra people on the first Christmas under his reign, saying the celebration had been safe and peaceful.