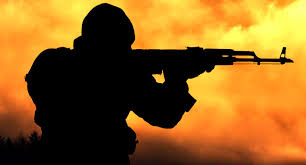 Okolo was shot dead in a petrol station in the community by yet-to-be-identified gunmen at about 8pm, a day after the new year.

A video circulating on the internet showed that the community leader was shot right inside his SUV, as he sat in a pool of his own blood, behind the steering of the car.

Obosi is one town known to be notorious for cult clashes, a development the President-General is said to have stood against, since he ascended office.

As of the time of filing this report, it was not clear who his killers were.

A message to the State police command’s spokesperson, DSP Toochukwu Ikenga was yet to be replied.