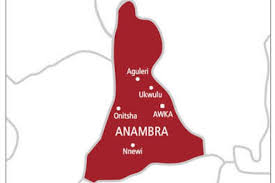 The yuletide is a period of merriment in the entire Igbo land, and it is known to be a time of festivities.

Igbo Indigenes, no matter where they live, always defy all odds to come back home to celebrate with their kith and kin during the Christmas and New Year.

This is mostly because, no matter the level of insecurity, the yuletide always provides a good opportunity for everyone to make merry. Moreover, during such periods, governments of most States in the South East, apart from ensuring motorable roads and free traffic, also make adequate arrangements for security.

Though there have been perennial cases of insecurity in the South East, and in Anambra too, the State governor, Prof Chukwuma Soludo has been working hard to keep the State safe and it was believed that with the coming of the yuletide, insecurity will subside, at least for the period, especially with the arrangements of the State police command to ensure a memorable season for all holiday makers.

However, hoodlums defied these measures as they unleashed mayhem, leading to loss of several lives.

The days preceding Christmas came with its own challenges, as several criminal activities said to be cult-related were recorded. One of them was the whisking away of one Ifeanyi, an indigene of Awgbu community in Orumba North Local Government Area in Awka. He was kidnapped two days before Christmas.

The man’s corpse was, however, found on Christmas day in Awka, where he was later identified and taken away. Police authorities confirmed the incident, saying that it was cult-related, as marks of violence showing that axes were used on him were identified. Axing is said to be a major way cultists kill their rivals.

Just after Christmas, other cult-related killings were registered at Ifite and Okpuno. In Ifite, just close to the back gate of Nnamdi Azikiwe University, a tricycle rider was taken down by persons suspected to be cultists, while in Okpuno, four men sitting in a compound enjoying the holiday were murdered in cold blood.

In the second case, sources said the killers were after a target who ran into the compound, and when they suspected they had lost their target, three men who visited their friend and were being entertained, were killed, together with their host.

Okolo was shot dead in the community by yet to be identified gunmen at about 8pm, a day after the New Year. He was seen in a video that trended on that fateful day, as he sat behind the wheels of his SUV, eyes raised, and mouth open, in the pool of his own blood.

Sources traced his killing of cult tussles in the Obosi community, where he is also said to have fought criminal elements, since he ascended the position of President-General. He was alleged to have recently advocated for the installation of closed circuit cameras in the community to aid the tracking of cultists and sundry criminals, before he was hacked down.

The shocking incident of a man identified as Igwechukwu Charles Igweka, from Ukpor in Nnewi South Local Government Area was also reported. The man was killed by unidentified gunmen, on the same date he attended the traditional marriage ceremony of his friend, and posted videos of himself on social media, with stacks of naira note, which was meant to be sprayed on his friend.

Sources said the man was to also hold his own traditional marriage on January 7, but after his friend’s marriage on January 5, he drove out of his compound, and was followed by gunmen who shot at him. Despite receiving a bullet in his hand, he was said to have safely manoeuvred the car away from his assailants and escaped, when incidentally, he lost control and drove into a ditch.

A source said: “The men caught up with him and asked him if he was done running. They killed him there. The family discovered his body on January 6, and could not keep the body longer. They just bought a casket and buried him.”

Another story of a man, suspected to be a holiday maker, who returned home for the Christmas celebration also made the rounds, after he was found dumped dead, in his red Toyota Camry car, at Nawfija community, along Umunze road.

So many other incidents were registered within the period.

Observation showed that several people stayed away from the villages during the yuletide as a result of fear.

Mr Uchechukwu Agu, an indigene of a village in Anaocha Local Government Area, said: “For the first time in history, my village held a meeting to elect the chairman, and our people were able to vote and elect the popular choice. This was because all the big men who used their influence to choose who will be the chairman, did not come home for Christmas because of insecurity.”

Also, many traditional marriages were held in hotels in Awka, the State capital, instead of the ancestral homes of the couples, while others held theirs in several towns across Nigeria.

Police authorities in the State have, however, stated their resolve to ensure that criminality is wiped out in the State.

The State police command’s spokesperson, DSP Toochukwu Ikenga said the command had increased surveillance on all communities in the State.

Part of their operations recorded success too, as some criminal elements were also apprehended during the period.

Just before Christmas, over 80 persons suspected to be criminals terrorising the Upper Iweka area of Onitsha were arrested by civilians working in conjunction with police authorities in the State.

In Ogidi, Idemili North Local Government Area, a six-man robbery gang, which specialises in robbing people around the area, was on Wednesday rounded up. Ikenga who revealed the arrest of the gang said the arrested members have confessed to their culpability in several operations.

Though Anambra State governor, Soludo had recently claimed that Anambra now ranked among the safest States in the country, stating that the security condition of the State when he took over power was very pathetic, but many believe that as he has fought criminals masquerading as freedom fighters, he should employ the same energy to rid the State of cultism, as most of the crimes around the State were cult-related.

Comrade Francis Eze, a student of Nnamdi Azikiwe University said: “You will not believe it, but many of the innocent looking young boys you see in Awka are all cultists.

“They either belong to one group or the other. Many tricycle operators are all cultists, and they are backed by very influential persons. Just imagine what Anambra will be like if in the near future the government fails to tackle cult issues.”