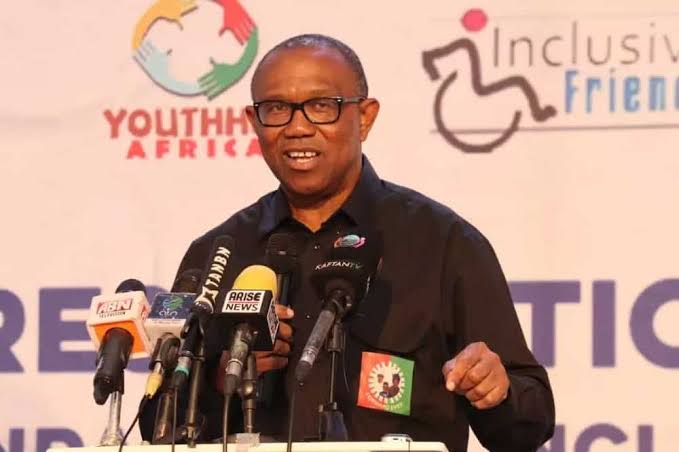 A Legal practitioner, Barrister Ken Eluma Asogwa, has dragged the Inspector General of Police (IGP), Director General, Department of State Security Services (DSS) and the Attorney General of the Federation (AGF) before the Federal High Court sitting in Abuja for alleged negligence and breach of professional duties towards the Presidential candidate of Labour Party, ANAMBRAPEOPLE reports.

In a Motion marked, FHC/HC/2023 and dated January 13, the applicant relying on Chapter iv of the 1999 Constitution (as amended), Section 4 of Police Act, Section 2(3) of National Security Agencies Act and Order 3 of the Federal High Court (Civil Procedure) Rules, 2019 and the inherent jurisdiction of court, prayed the court to declare that the respondents were negligent and breached their professional duties in allowing a mammoth crowd surround Obi “a potential President of Nigeria” at very close proximity at a campaign rally in Enugu, Enugu State.

Other prayers include declarations that by allowing a mammoth crowd and unauthorized persons to surround Obi at very close proximity, the respondents exposed him to danger and a threat to good governance in Nigeria and therefore, unlawful, wrongful and unconstitutional, and that the applicant has the right to vote for Obi in the 2023 Presidential election “and a potential President of Nigeria whose presidency the applicant believes will be a source of liberation for him and that of his family, and the candidate is therefore entitled to full state protection by the respondents.

The applicant also prayed the court to declare that Mr. Obi, the Presidential candidate of the Labour Party in the 2023 Presidential election and a potential President of Nigeria is entitled to protection from harm and danger from the defendants under the 1999 Constitution (as amended) and Police Act, and an order mandating the respondents to provide adequate security and protection to Obi during campaigns, rallies, during and after the election.

In a 19-paragraph affidavit disposed to by the applicant in support of the Motion, he averred that Obi has the capacity and the competence to fix Nigeria and provide a better life for him and his family.

The applicant further stated that he has been following up with the campaign trails of Obi and was alarmed that in his campaign rallies, adequate security are not provided for him; that during the campaign in Enugu, Obi was surrounded by a mammoth crowd which made it impossible for him to pass, and he was hurriedly and luckily taken away from the crowd for safety by unauthorized persons.

According to him, Obi’s life was put in great and grave danger and the possibility of personal harm on his life was visible as he was almost stampeded in the process.

He further averred that his life and those of his family are dependent on future good governance which Obi has promised to offer; that the respondents have a statutory duty to provide adequate security and protect Obi’s life.

The applicant, therefore, seeks orders and interventions from the court to safeguard the life of Obi and protect the future of the applicant.