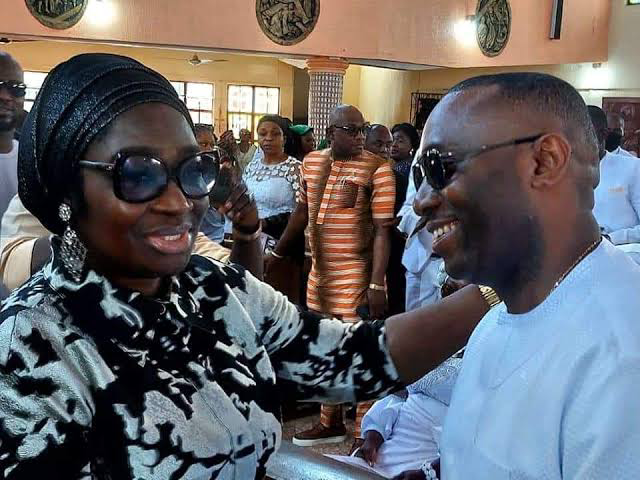 Senator representing Anambra Central at the National Assembly, Senator Uche Ekwunife has written a strong worded letter to the traditional ruler of Enugwu-Ukwu community,Igwe Sir Ralph Ekpeh to caution Mr Dozie Nwankwo to desist from further harrasment of some of her supporters in the community. Dozie Nwankwo who is currently representing Same constituency at the green chambers is also eyeing to take over the senate seat from Ekwunife.

In the letter ,Senator Uche Ekwunife urged the traditional ruler of Enugwu-ukwu community where Dozie Nwankwo comes from to call him to order immediately . She said she has capacity to stop any violence against her supporters in Enugwu-ukwu and any other community in Anambra central.

Below is the letter written by Senator Uche Ekwunife