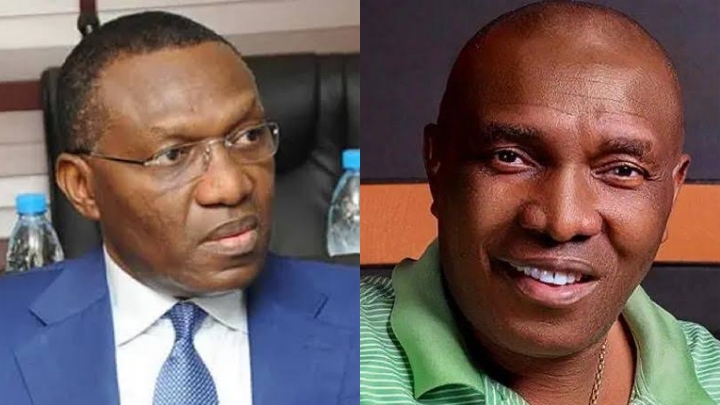 The wife of the former Anambra State governor, EbeleChukwu Obiano, has been listed as the candidate of the All Progressive Grand Alliance (APGA) for Anambra North Senatorial District.

Mrs Obiano, 59 years old, was among the 28 candidates of various parties listed to contest the election which has now thrown up old rivalries.

The three incumbent senators, Uche Ekwunife of the People’s Democratic Party (PDP), Stella Ọdua (PDP) and Ifeanyi Ubah of the Young People’s Party (YPP) are also on the list.

Of the 28 candidates, only six are females.

In Anambra North, the incumbent senator, Stella Ọduah, will be gunning for a third term under the PDP but she will have her work cut out for her as she takes on ex-first Lady, Ebele Obiano.

Ekwunife had won the 2015 election by switching from one political party to the other and because of this her election was challenged by Mr Umeh in court and in December 2015 her seat was declared vacant.

In the bye election, Mr Umeh was elected as senator under APGA.

But Mrs Ekwunife bounced back to win the senatorial elections of the zone in 2019 under the platform of the PDP defeating Mr Umeh who sought re-election.

The duo will go head to head for a third time in next year’s election.

It will be the battle of the Ubahs again in Anambra South as Ifeanyi Ubah of YPP battles Chris Uba.

Chris Uba and his two brothers, Andy and Ugochukwu, have had a running supremacy battle in the zone with Mr Ubah.

In the 2019 election, Mr Ubah, the chairman of Capital Oil and Gas Limited, defeated Chris and Andy to clinch the Senate seat.

Mr Ubah polled 87,081 votes to defeat his closest rival, Chris Uba of the PDP and the then incumbent senator for the area, Andy Uba of APC.